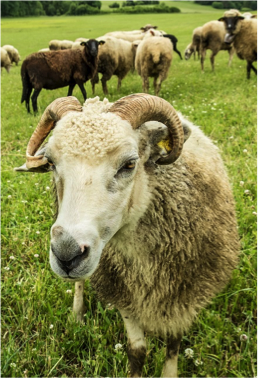 In August 2016, more than one-third of the 14,000 residents of the community of Havelock North in New Zealand were sickened with gastrointestinal illness after drinking untreated groundwater contaminated with Campylobacter bacteria. It was New Zealand’s largest drinking water outbreak in recorded history. Although accounts vary, the outbreak has been linked to the deaths of up to three persons. Other recent reports have noted that many people, especially the elderly, continue to suffer physically and have not fully recovered from the outbreak.1 The regional cost of the outbreak now exceeds $2.7 million in New Zealand dollars.2 Once the problem was identified and shortly after chlorination was implemented, there were no further cases of Campylobacter enteritis due to water system contamination.

Campylobacter and the Government Inquiry

Initial reports suggested that livestock were the most likely source of the Havelock North Campylobacter-a common food- and waterborne pathogen (disease-causing microorganism) that is transmitted in the feces of infected persons and animals. In New Zealand, the most frequent reservoirs of Campylobacter are sheep, poultry, cattle and swine.3

On August 18, 2016, a Government-initiated independent inquiry into the Havelock North outbreak was announced. Although formal results are not expected until March 31, 2017, a series of ongoing public hearings have indicated that sheep feces are the probable cause of the outbreak. Tracer dye test results conducted as part of the inquiry show that Havelock North’s untreated groundwater supply was contaminated by sheep feces washed from paddocks into an adjacent surface pond located less than 100 meters from one of the community’s three bores (wells).4

For the test, scientists raised the pond level to where it was on August 6th last year, following heavy winter rains, and added a green fluorescent dye. The fluorescein dye appeared in the bore 29 hours after its introduction into the pond and continued until the test concluded 7 days later. Moreover, Campylobacter was also detected in the pond as well as the bore 2 days after the dye was introduced. The groundwater bore will be decommissioned.

As I noted in my original article, the conditions leading to this drinking water outbreak were “hauntingly familiar to the deadly pathogenic E. coli and Campylobacter outbreak that occurred in 2000 in Walkerton, Canada, where seven people died and thousands fell sick… Similar to Walkerton, Havelock North also relies on a shallow aquifer, but unlike Walkerton, Havelock North was intentionally not chlorinating because their groundwater had been considered â€˜secure’ from contamination.”5 Tragically, that belief was misplaced. Moreover, the Government-led inquiry has brought to light that a similar outbreak occurred in Havelock North in 1998 when 80 people were reported as falling ill.6

The Havelock North outbreak and ongoing inquiry continue to stir the public health debate regarding whether or not all New Zealand drinking water should be chlorinated. Although continuously applied chlorine is both economical and effective in killing or inactivating Campylobacter and most other pathogenic bacteria and viruses, less than a year removed from the outbreak, many New Zealand communities continue to fight water chlorination. The Havelock North outbreak also demonstrates the importance of designing, constructing and maintaining wells that preclude contamination from both surface water and groundwater.