The Latin American Cholera Epidemic of the 1990’s: My View from the Inside 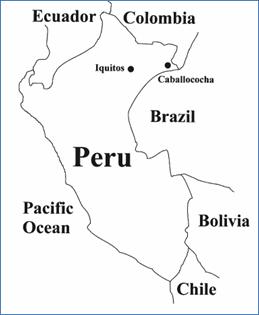 One of my major responsibilities was assisting Latin American and Caribbean countries in the prevention and mitigation of waterborne and water related diseases, which inherently included working closely with both health and water agencies to achieve improvements in availability and quality of drinking water, particularly in economically disadvantaged areas.  This experience provided a unique perspective on the prevention and control of waterborne diseases before, during and after the introduction of cholera in Peru in 1991.

Before 1991, cholera—an acute and deadly diarrheal disease—had not been prevalent in the Americas since the early 1900’s.  Between 1991 and 1993, the disease raged throughout Latin American sparing only Uruguay and the Caribbean.  The outbreak claimed almost 9,000 lives and sickened nearly one million people.1

For many years prior to 1991, PAHO had been promoting the disinfection of community water distribution systems.  Primarily through its Center for Sanitary Engineering and Environmental Science in Lima, Peru, PAHO collaborated with the countries in demonstration and pilot projects for virtually all disinfection methodologies to ascertain their relative efficiency, cost effectiveness and practicality for a wide range of cultural and economic situations.  Some methods worked well and others were failures.  Chlorination was almost always found to be the most reliable and cost effective.

The Response to Cholera

PAHO’s response to the first appearance of cholera was swift.  It included a directive to each of the PAHO Country Offices to promote continuous chlorination of all water distribution and delivery systems.  Logic guided this decision: chlorine is very effective at destroying the Vibrio cholera pathogen; all of the countries were familiar with chlorination technology; chlorine products were readily available; and chlorination was the least costly disinfection method.

Surprisingly, shortly after the directive to encourage water chlorination, local PAHO officials began encountering pockets of resistance from health officials in Peru and other countries.  The resistance stemmed from concern over public exposure to disinfection by-products, a subject highlighted in press releases and published scientific studies widely disseminated by environmental agencies in the developed countries.  I met personally with health officials and even heads of water agencies who expressed their concern directly to me; some even feared that they might be subjected to a lawsuit if they chlorinated or raised the level of chlorine in their water supplies. 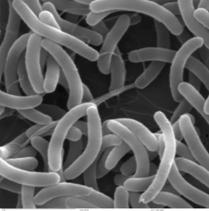 I also encountered this concern among some of the health officials who were participating in cholera workshops and symposia sponsored by PAHO. I was surprised to learn that even officials in small towns were aware of disinfection by-products and their alleged negative health effects.

It was pointed out to all that when Vibrio cholera is present in a water supply, the risk of contracting the disease is immediate, and that a resulting epidemic could cause thousands of deaths.  In contrast, the hypothetical health risk posed by disinfection byproducts at levels in excess of those recommended by the World Health Organization was one extra death per 100,000 persons exposed for a period of 70 years.  Unfortunately, some of these well-meaning, but ill-informed officials had to experience the immense proportional difference in risk before accepting this reality.

My Observations of the Epidemic

My hope is that the experiences of Latin American cholera epidemic of the 1990s have inoculated us against a repeat of this tragic chapter in global public health history.  I speak from experience.  I was there.