One in five Americans drink water disinfected with chloramine, a technology that has been in use since the early decades of the 20th century.  Chloramine is produced at water treatment plants by combining chlorine and ammonia.

Cities that treat water with chloramine include Denver (since 1918), Portland (since 1929) and Boston (since the 1930s), among many others. Historically, some cities that used chloramine in the early 20th century were forced to suspend their use when ammonia was in short supply during World War I.1 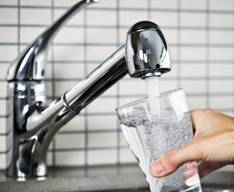 Water treatment operators have a variety of tools in the water treatment “tool box.” When it comes to choosing disinfectants, operators must consider a variety of factors ranging from the quality of the available source water to the characteristics of the distribution system.  Chloramine disinfection is one significant tool in water operator’s tool box.  Used smartly, it helps accomplish the goal of delivering safe drinking water to the public.

2 Nitrifying bacteria can deplete chlorine in the water, raising the risk of waterborne illness if chlorine levels are not monitored and adjusted.

3 Lauer, W.C. (July, 2014).  “How do we optimize chloramine production and control?”  Question of the Month, Opflow, the American Water Works Association.