What Are Zoonotic Diseases?

If you guessed that ZOOnotic diseases 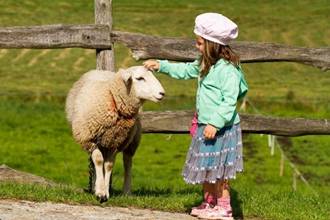 have something to do with animals, you are right.  According to the Centers for Disease Control and Prevention (CDC), a zoonotic disease is one that can spread between animals and humans under natural conditions—such as in homes, on farms, and at county fairs and petting zoos—and can be caused by viruses, bacteria, parasites and fungi.  Ironically, animals that can transmit zoonotic pathogens (disease-causing germs) to people often have no symptoms of disease and simply act as carriers.

Zoonotic diseases are also very common:  At least six out of every 10 infectious diseases in humans are thought to be spread from animals.  Wildlife serves as a “reservoir” for many diseases common to domestic animals and humans.  Moreover, zoonotic pathogens are closely tied to so-called emerging (or reemerging) infectious diseases, and up to 75% of emerging pathogens are thought to be of zoonotic origin, including Ebola virus disease and Lassa fever.

Of course, people all over the world enjoy and work with animals on a daily basis.  But we also encounter very small animals unintentionally, such as ticks, fleas and mosquitoes (called disease “vectors”), which can transmit a wide variety of zoonotic diseases of tremendous global health importance.  In addition to Zika virus, mosquitoes can transmit West Nile virus, Dengue, malaria and chikungunya, and thrive in urban neighborhoods with standing, untreated water such as neglected or abandoned swimming pools.

Not surprisingly, many waterborne diseases, including outbreaks, result from ingesting zoonotic pathogens—whether of human or animal origin.  Well-known zoonotic diseases include cryptosporidiosis and giardiasis, particularly because both are caused by enteric protozoan parasites that are resistant to chlorination.  Cryptosporidium was responsible for the largest documented waterborne disease outbreak in US history, affecting over 400,000 people in Milwaukee in 1993! Bacterial zoonotic pathogens include Campylobacter from chickens, pathogenic E. coli from cattle (especially calves) and Salmonella from pet turtles and frogs.  Rotavirus and hepatitis E virus from swine can also be transmitted to persons through inadequately or untreated waters.  CDC maintains a list of diseases that can be spread from pets to people, many of which can be waterborne or rely on water-based vectors such as mosquitoes.

It’s important to be aware of the different ways zoonotic diseases are transmitted to people, including:

It’s also important to consider that some people are more at risk from developing serious or even life-threatening infections from zoonotic pathogens than others, including children, pregnant women, elderly and immunocompromised persons, such as someone with HIV or a chemotherapy patient.

Fortunately, there are many over-lapping ways you can protect yourself from zoonotic diseases:

So remember, all creatures great and small can carry and transmit disease-causing germs, but an ounce of prevention (and disinfectant or bug spray) and frequent hand-washing can go a long way.

Additional information on healthy pets and people is available from CDC: