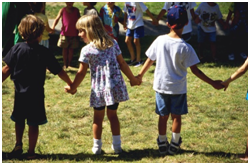 “Healthography:  How Where You Live Determines Your Health and Well-being” was the theme of last week’s American Public Health Association’s annual meeting in New Orleans.  “Healthography” is a new term for many, but its meaning can be demonstrated by an emerging drinking water issue in Wisconsin:  Children who live in areas that do not treat municipal well water may be more at risk for gastrointestinal (GI) illness than children who live in areas in which municipal drinking water is treated.

The issue was raised in a recent study of GI illness rates among young children in central and northern Wisconsin. The researchers found that children in regions served by untreated municipal water systems have a 40 percent increased risk of GI illness after one inch of rainfall in the previous week.  Furthermore, the research shows the more it rains, the greater the number of GI illness cases among Wisconsin children who drink untreated municipal water.  In contrast, rainfall has no effect on GI sickness rates among children who drink treated, chlorinated municipal water or private untreated well water.  The likely culprit:   contaminated water from leaky sewers flowing through sandy soils and into the groundwater used for public water supply.

Some US Communities Opt Not to Treat Drinking Water

Municipal water treatment is not required in Wisconsin, and there are over 60 municipalities with a population of 85,000 people in the state that do not disinfect drinking water, according to the Milwaukee Journal Sentinel.  Reasons range from prohibitively high costs to consumer taste preferences. EPA regulations under the Safe Drinking Water Act require public water systems that use groundwater under the direct influence of surface water to meet the same treatment requirements for microbial pathogens as systems that use surface water.  Some US groundwater supplies, however, including some in Wisconsin that meet certain monitoring requirements and are not considered to be at risk of fecal contamination, are not required to provide treatment to protect against pathogens.  Nevertheless, a 2012 study detected human viruses in approximately 24 percent of water sampled in 14 Wisconsin communities that do not disinfect their groundwater.

During periods of high precipitation, contaminated water from leaky sewers, septic tanks, and surface waters can be ushered more quickly into the subsurface, increasing the risk of waterborne illness to those drinking untreated groundwater. Infiltration rates between surface and groundwater depend on the local geology.  For example, contaminated water can flow freely into the groundwater in areas with sandy soils.  Likewise, large interconnected fractures in some bedrock provide open conduits for surface water to infiltrate the subsurface easily.

Safe drinking water is fundamental to good health, and Americans enjoy one of the safest water supplies in the world.  Water quality varies greatly, however, from one place to another based on a range of factors.  These include natural as well as human-influenced factors, such as local geology, land use, watershed protection, wastewater discharge and water treatment decisions.

The Wisconsin study demonstrates it may be time to revisit local decisions not to treat municipal groundwater. Children’s health should not be a function of last week’s rainfall.  Wisconsin should respond appropriately to this “healthography” lesson.