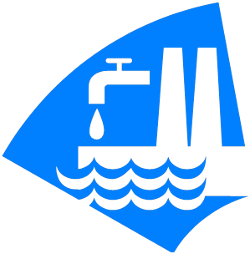 The 2012 American Water Works Association report, Buried No Longer:  Confronting America’s Water Infrastructure Challenge warns that much of our drinking water infrastructure is nearing the end of its useful life and requires replacing; in some high-growth regions larger networks are required to provide water services.  A recent Utah State University survey of US and Canadian utilities sheds light on current pipe inventories and failure rates of various pipe materials in the period 2010 to 2011. The survey data are reported in the October, 2012 issue of the Journal of the American Water Works Association and are intended to represent a benchmark for utilities as they make decisions on repairing and replacing the pipes that deliver clean water to their customers.

Currently polyvinyl chloride pipe has the lowest overall failure rate, calculated as the number of failures per 100 miles of pipe per year.  Cast iron is the pipe material identified as failing most often, probably because it is one of the most commonly used materials and because it is on average the oldest pipe material in use.

Forty-three percent of installed pipes are between 20 and 50 years old, according to the survey data.  Over 22 percent of installed pipe considered in the survey is greater than 50 years old and  8.4 percent of pipes were classified as “beyond their useful life.” Even though the average age of failing water main was found to be 47 years, survey respondents believed new pipe should last an average of 79 years.  Over 77 percent of utilities surveyed reported they have a replacement plan for water mains that are nearing the end of their useful life.

Rounding out the Conversation about Water Infrastructure

The AWWA report estimates the price tag for US water infrastructure renewal is a whopping $1 trillion.  It is time, as that report notes, to bring the conversation about our aging water infrastructure above ground.  With valuable data on pipe construction and age, the new Utah State University survey helps do just that.

Fred Reiff, P.E., is a retired official of the Pan American Health Organization and the U.S. Public Health Service.