Every day, over 160,000 municipal water systems provide safe, reliable drinking water to US consumers.  The Safe Drinking Water Act (SDWA) protects the quality of US drinking water, to the great benefit of American public health.  This article provides a brief overview of this landmark legislation. 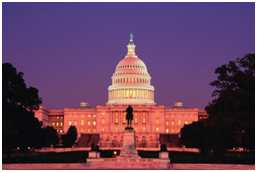 The SDWA became law in 1974 “after nationwide studies of community water systems revealed widespread water quality problems and health risks resulting from poor operating procedures, inadequate facilities, and uneven management of public water supplies in communities of all sizes,” according to a Congressional Research Service (CSR) report1.  For example, according to an article2 from the William and Mary Environmental Law and Policy Review, a 1970 Public Health Service (PHS) study reported 36 percent of tap water samples collected from 969 US public water systems violated PHS standards for contaminants.

The SDWA was amended several times after its passage, but the SDWA amendments of 1996 are particularly noteworthy. These amendments broadened the existing law by taking a holistic approach to water quality that goes beyond water treatment. Additional factors incorporated by the 1996 amendments include: source water protection, operator training, funding for water system improvements and public information. With the 1996 amendments, the SDWA expanded its scope to protecting drinking water from its source to the consumer’s tap.

Federal PHS drinking water standards had been developed in 1914 to prevent disease transmission between states via common carriers (e.g., railroads) engaged in interstate commerce.  Although there was no legal basis to do so, these standards were applied to public supplies for many years.  Nevertheless, only 14 states had adopted the standards officially by 1971, along with some voluntary application.3  It was not until the 1974 SDWA was passed by Congress that drinking water contaminants were regulated at the federal level.4 The new Environmental Protection Agency (EPA), created in 1970, was given regulatory authority and states were given the lead role in implementing and enforcing the new law.

Under the SDWA’s National Primary Drinking Water Regulations, drinking water standards known as “maximum contaminant levels” or (MCLs) are developed by EPA for substances that may have an adverse effect on public health.5  EPA lists approximately 90 contaminants (microbial, chemical, radiological and physical) and their MCLs on its Drinking Water Contaminants website.  According to EPA, “legal limits reflect both the level that protects human health and the level that water systems can achieve using the best available technology.”  EPA includes cost as a factor in setting legal limits.

The SDWA includes an ongoing process for identifying unregulated contaminants as candidates for potential regulation.  Periodically, EPA must publish a “Contaminant Candidate List” (CCL) after careful consultation with the scientific community and the National Drinking Water Advisory Council.  Every five years, at least five of the listed candidate contaminants must undergo a regulatory determination resulting in a decision either to: regulate; not to regulate; or to conclude that data are insufficient to make a determination.  Additionally, EPA must periodically publish a list of unregulated contaminants for which monitoring data are collected; this is known as the Unregulated Contaminant Monitoring Rule (UCMR) Program.

Three criteria must be considered when evaluating a substance for regulation:6

In the past four decades there have been 20 negative CCL determinations; only one substance had a positive regulatory determination. Currently, EPA is developing a National Primary Drinking Water Regulation for perchlorate, a naturally occurring chemical compound that is also a component of rocket fuel, flares and explosives, and a degradation product of chlorine bleach. As part of the regulatory development process, the SDWA requires EPA to consider several factors in setting a standard, including public health, analytical and treatment feasibility and cost/benefit evaluation. Following the development of a standard, the SDWA requires a review and, if appropriate, a revision every six years. The CCL and UCMR programs and periodic review provisions of the SDWA help ensure ongoing, appropriate protection from waterborne contaminants.

In conclusion, safe drinking water is fundamental to life; our nation’s productivity depends on it. The SDWA is an impressive “blueprint” for protecting the quality of US drinking water—and in turn, American public health—now and in the future.

Chris Wiant, M.P.H., Ph.D., is president and CEO of the Caring for Colorado Foundation. He is also chair of the Water Quality & Health Council and a member of the National Drinking Water Advisory Council.

4In contrast, the Clean Water Act, passed in 1972, regulates discharges of pollutants into US waters.

5National secondary drinking water regulations (NSDWRs) cover substances that may have an adverse effect on human welfare, such as substances causing appearance or odor problems.