Reducing Water, Sanitation, and Hygiene Inequalities around the World 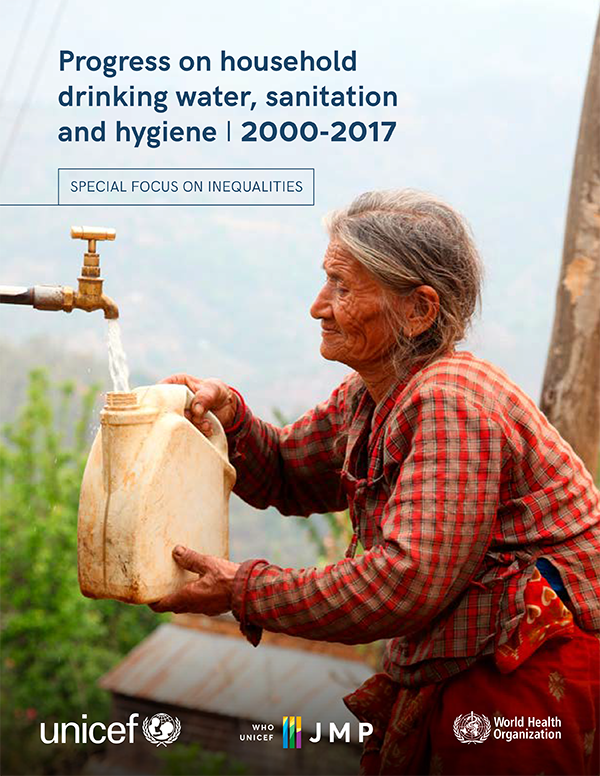 It is unsettling to realize that in our high-tech world there are still large segments of the population that lack access to the drinking water and sanitation services most of us take for granted. The theme of this year’s World Water Week, Water for Society: Including All, seems particularly apt in light of this observation. Meanwhile, a new report by UNICEF and the World Health Organization (image at right) provides a “special focus” on global “WASH” (Water, Sanitation, and Hygiene) inequalities. A product of the Joint Monitoring Program, the report concludes that while significant progress has been made toward achieving universal access to water, sanitation, and hygiene, progress is uneven. And although there is a laudable commitment at the heart of the 2030 Sustainable Development Agenda to “leave no one behind,” the reality is there are many groups potentially in that precarious position.

There are lower standards for basic services. Basic drinking water service means having a protected drinking water source from which it takes less than 30 minutes to collect water. Basic sanitation is defined as having an improved toilet or latrine that does not have to be shared with other households, and having handwashing facilities with soap and water in the home.

What the Statistics Show

The report provides overall statistics on trends in global access to both safely managed and basic WASH services in 2000 and 2017, and examines regional and economic differences. In positive news, during the 2000-2017 period, 1.8 billion people gained access to at least basic drinking water services. The population lacking basic services declined from 1.1 billion to 785 million in that time frame.

Access to safely managed drinking water services increased in all regions for which estimates were available, and globally by 10% (61% – 71%). Rural coverage increased by 14% (from 39% – 53%), and there was a narrowing of the gap between urban and rural access to safely managed drinking water of 15% (from 47% – 32%). The number of people collecting water directly from surface water sources decreased by 44% (from 256 million to 144 million). 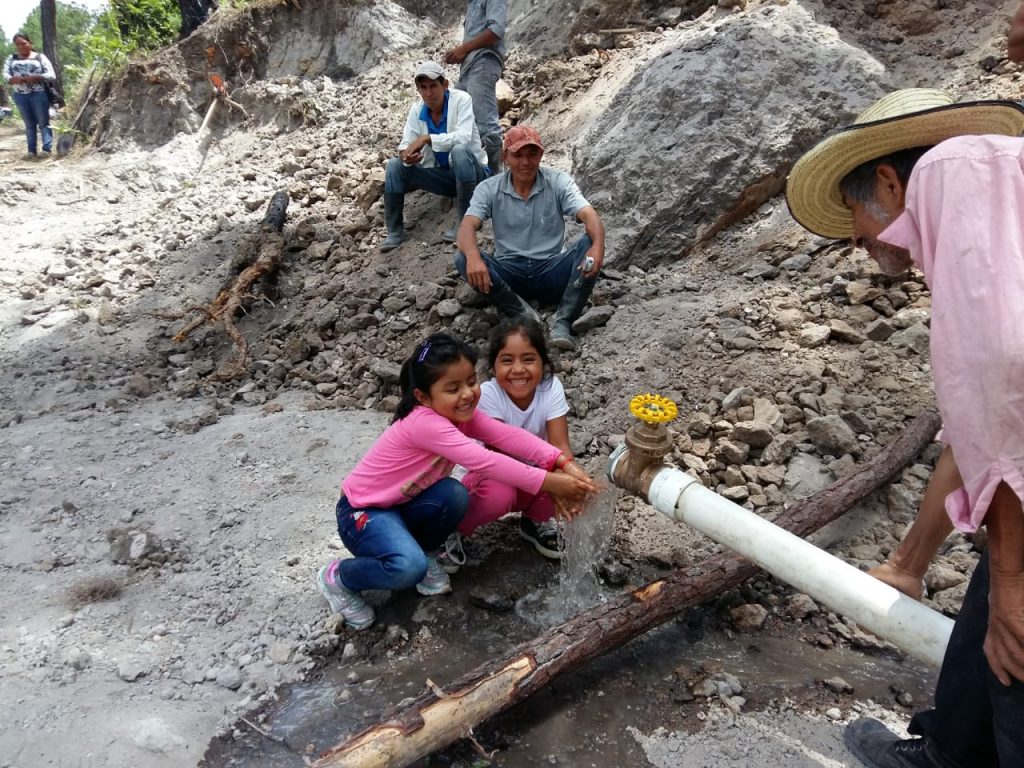 Children of Llano Largo, Honduras delight in the first piped water ever to be delivered to their village, thanks to a partnership project with Water Engineers for the Americas. Until a few weeks ago, families (especially women and girls) had to walk three hours to carry water from the river in buckets on their heads. The next step in the project will be chlorinating the water and piping it to households.

Regarding sanitation, in the period 2000-2017, 2.1 billion people gained access to at least basic services. The population lacking basic services decreased from 2.7 billion to 2 billion. Access to safely managed sanitation services increased in all regions and cumulatively by 17% (from 28% – 45%). Rural coverage increased by 21% (22% – 43%), and there was a narrowing of the gap between urban and rural access to safely managed sanitation by 9% (14% – 5%).

The population practicing open defecation halved from 1.3 billion to 673 million between 2000 and 2017.

A deeper dive into the statistics helps identify those who are benefitting least from global progress. For example, of the world’s population lacking even basic drinking water services, 80% live in rural areas and nearly half live in Least Developed Countries2.

Similarly, 70% of people who lack even basic sanitation services live in rural areas and one-third live in Least Developed Countries.

Finally, despite the fact that global rates of open defecation have halved, 673 million people continue this practice, and unfortunately, rates are increasing in 39 countries, most of them in sub-Saharan Africa.

Globally there remain huge gaps in WASH services. “Children and their families in poor and rural communities are most at risk of being left behind,” according to Kelly Ann Naylor, Associate Director of Water, Sanitation and Hygiene, UNICEF (press release). She calls on governments to invest in their communities because “To relent on investment plans for universal coverage is to undermine decades worth of progress at the expense of coming generations.” I wholeheartedly agree. As we observe World Water Week 2019, let’s remember WASH services are a fundamental prerequisite for a thriving, productive society. Progress may be uneven and the task daunting, but we must work together to ensure we leave no one behind.

Joan Rose, PhD, is the Homer Nowlin Chair in Water Research at Michigan State University and a member of the Water Quality & Health Council.

1The criteria for safely managed drinking water services have been updated since 2015. For example, the new criteria include “compliant with standards for fecal contamination (E. coli) and priority chemical contamination (arsenic and fluoride).” This change makes comparisons over time more challenging and may contribute to a false indication of progress.