The Problem with Intermittent Water Delivery in Developing Countries 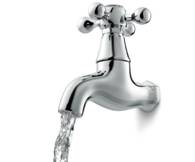 It’s great to have water piped into your home, but what happens when the flow of water is intermittent?   It is not uncommon for communities in developing countries to supply water for only a few hours or less every other day, due to an inadequate water supply and/or to save on the electrical costs of pumping water.  Two new research studies examine the potential health effects on consumers of “on again, off again” piped water, an unfortunate reality in developing countries.

A Comparison Study in India

Ercumen et al. (2015)1 matched eight areas of Hubli-Dharwad, India with a continuous piped water supply to eight comparable areas with an intermittent piped water supply.  Over a 15-month period, the researchers visited more than 3,900 households in these areas with at least one child under the age of five to record health data reported by caregivers.

Although the researchers found no significant overall associations with diarrheal disease or child growth in the less than five year old populations, they did conclude a continuous water supply was associated with a reduction in typhoid fever and more severe forms of waterborne illness among children in lower-income households.  They say this suggests “intermittently operated water systems can serve as a transmission route for waterborne pathogens in urban populations despite centralized treatment of water to make it safe to drink.”

A Correlation Analysis in the Democratic Republic of Congo Study

Jeandron et al. (2015)2 conducted a study in the Democratic Republic of the Congo in the urban setting of Uvira in the eastern Democratic Republic of the Congo, where cholera is endemic.  The researchers identified an association between water supply interruptions and admissions of people over the age of five to the town’s cholera treatment center.  Their data sources were daily variations in the volume of water supplied by the town’s water treatment plant between 2009 and 2014, and admission data from the cholera center.

The authors report that in the 12 days following a day without tap water, the incidence of suspected cholera increased by 155 percent, as compared to a 12 day period with optimal water production.   The impact of intermittent water service was even more pronounced in neighborhoods with low tap water consumption, where the already higher background incidence of suspected cholera increased four-fold in the 12 days following water supply interruptions.

When Water Supply is Discontinuous

Intermittently supplied piped water can be a contributing cause of waterborne illnesses through:

Safe water and sanitation are essential to promoting healthy and productive lives.  Goal #6 of the recently adopted United Nations post-2015 Sustainable Development Goals, “Ensure availability and sustainable management of water and sanitation for all,” confirms this basic need.  However, to assure full health benefits, the water being delivered must meet the microbiological quality stated in the World Health Organization Water Quality Guidelines. “On again, off again” water can complicate the picture.