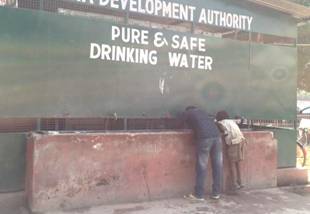 In many regions of the developing world, good drinking water quality is far from a “given.” The fact is that water contaminated with fecal matter causes widespread diarrheal illness and death, disproportionally affecting children under the age of five.  Recently, a group of researchers from The Cochrane Collaboration1 assessed several water treatment interventions taken at the household point of use for their effectiveness in improving water quality and preventing diarrhea.

A Problem of Immense Proportions

According to the World Health Organization (WHO), diarrheal disease constitutes approximately 3.6 percent of the total DALY2, or “disability-adjusted life years” global burden of disease.  Diarrheal disease is responsible for the deaths of 1.5 million people every year.  Fifty-eight percent of that burden (840,000 deaths per year) is attributable to unsafe water supply, sanitation and hygiene, according to WHO.

According to the United Nations Millennium Development Goals Report, in 2015, approximately 663 million people in the world use unimproved drinking water sources.   For those who must procure drinking water outside the home, even if water at the point of collection is of high quality, it may deteriorate significantly as it is collected, stored and used. It is an unfamiliar problem to those of us who enjoy the benefits of 24/7 access to safe water delivered directly to our tap.

The Cochrane Collaboration collected data from 55 studies enrolling a total of over 84,000 participants and conducted mostly in low- or middle-income countries.  Data were analyzed to estimate pooled measures of effects.  The table below lists interventions, their likely effect on reducing diarrhea, and the quality of the relevant evidence.

The authors conclude that the more people take advantage of various intervention options, the greater the likely effect on water quality, with an associated reduction in diarrhea.  These findings are logical and confirm the notion that until safe drinking water is a reality for all, household point-of-use interventions are needed.

1The Cochran Collaboration review was conducted by researchers from Emory University, the London School of Hygiene and Tropical Medicine and the World Health Organization.  This Cochrane review was coordinated by the Cochrane Infectious Diseases Group based at the Liverpool School of Tropical Medicine.  This group has been in operation since 1964, led by Professor Paul Garner, and is supported by over 600 authors from 52 countries.

2 The DALY is an annual measure of the number of years lost to ill-health, disability or early death across a population.