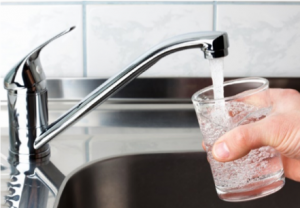 It’s hard to believe that an article I wrote almost a decade ago, Chlorine in Tap Water Is Safe to Drink, remains the most popular of our now over 350 perspectives by the Water Quality & Health Council (WQ&HC). An update seemed in order, but based on its long-established (over 110 years) efficacy and safety: chlorinated tap water is still safe to drink.

The WQ&HC has written extensively that chlorination of drinking water protects consumers from diseases caused by waterborne microorganisms like bacteria and viruses. And only chlorine-based disinfectants, including chloramine, provide large-scale residual protection from the drinking water treatment plant to the tap. Chlorine is intentionally added and carefully regulated by the U.S. Environmental Protection Agency (EPA) under the Safe Drinking Water Act (SDWA) to safeguard public health. These regulations specifically include balancing risks associated with waterborne disease protection and exposure to very low levels of disinfection byproducts (DBPs).1 The latter are an unintended consequence of adding a chemically-reactive disinfectant like chlorine to water containing small amounts of organic matter such as from fully-decomposed and dissolved leaves. Although all chemical disinfection methods are associated with byproducts, chlorinated DBPs are by far the most thoroughly studied.

After decades of ongoing study and debate, along with concurrent improvements in centralized drinking water treatment to remove organic matter from source waters and DBPs from tap water, a causal relationship between exposure to environmentally-relevant concentrations of DBPs in drinking water and human cancer has not been established. This includes bladder cancer, which to date represents the strongest case for a potential association with exposure to trihalomethanes (THMs; the primary regulated class of DBPs). An international review of bladder cancer and THMs published earlier in 2019 concluded (1) THMs are not carcinogenic in animals when tested in drinking water; and (2) “causal drinking water-related bladder cancer risks remain questionable” compared with known factors like smoking, age, and gender.

According to the World Health Organization, “In attempting to control DBP concentrations, it is of paramount importance that the efficiency of disinfection is not compromised and that a suitable residual level of disinfectant is maintained throughout the distribution system.”2 That’s pretty clear.

Communicating the Benefits and Risks of Chlorinated Drinking Water

I’d like to briefly address a persistently misquoted conclusion of an almost 40-year-old U.S. government-sponsored review of potential cancer risks associated with drinking water chlorination and DBPs that was referenced again just last month in New Zealand: “The long term effects of chlorinated water on human health are being recognized, cancer risk among people drinking chlorinated water is 93 per cent higher than those who drink water without chlorine, according to the united states council of environmental quality.” There is a (U.S.) Council on Environmental Quality (CEQ), but we were unable to obtain a copy of the report referenced, including from a FOIA (Freedom of Information Act) request.

I was able to locate a 1982 paper that includes the results of a CEQ-sponsored consultant review of five independent studies of drinking water and cancer (rectal, colon, and bladder) risk and that concludes: “Epidemiological case control studies relating water quality to cancer risk have found rectal cancer risks associated with chlorinated water to be 1.13 to 1.93 [i.e., 93% higher for rectal cancer, not all cancers] times the risk associated with unchlorinated water.” The paper also states that the studies were not sufficient to establish a causal relationship. And that was in 1982. As noted above, the potential health effects of exposure to DBPs have been addressed aggressively through the SDWA regulations based on the most current scientific evidence.

According to EPA, treated tap water can reasonably be expected to contain at least small amounts of some contaminants. As long as those contaminants remain below EPA limits, including those for DBPs, the water is considered fully safe to drink for healthy people. If taste or odor are the primary concerns, consider adding an inexpensive pitcher, refrigerator, or faucet attachment with a carbon filter. These household water quality interventions can be effective. However, people with severely weakened immune systems or other specific health conditions may want to add further home water treatment, boil their tap water, or purchase high quality bottled water. Similarly, bacteriological filter for showers may offer extra security for people more vulnerable to the effects of waterborne illness such as Legionnaires Disease, but the effectiveness of shower filters remains unclear in 2019. Additionally, what many consumers don’t realize is that point-of-use/entry systems, if not adequately maintained and if filters are not replaced as indicated, can become colonized with microorganisms as they frequently remove the residual chlorine that provides some protection.