By Chris Wiant, MPH, PhD
January 10, 2020
In a nutshell…
It’s never too late to celebrate safe drinking water. December 16th, 2019, marked the 45th anniversary of the Safe Drinking Water Act, which continues to serve as the blueprint for protecting U.S. drinking water from source to tap. 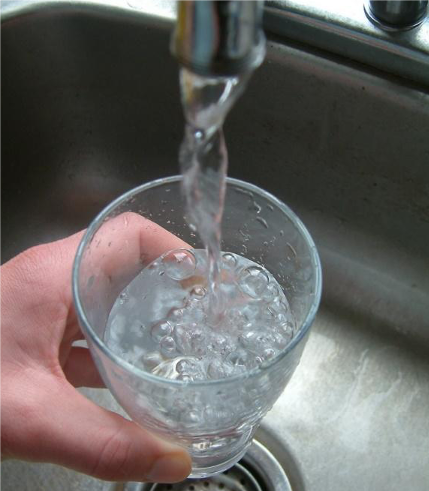 Monday, December 16, 2019, marked the 45th anniversary of the Safe Drinking Water Act (SDWA). During a month typically filled with family and friends, this very important anniversary came and went. One day that received little fanfare, but is worth celebrating, even a bit late. It is the federal law that protects our nation’s drinking water.

Over the years, the Water Quality & Health Council has written about the enduring public health importance of drinking water chlorination and the SDWA. Amendments to the SDWA change our nation’s drinking water programs, policies, and priorities. In 2014, we wrote about its passage and a few of its many amendments, calling it the “Blueprint for Protecting the Nation’s Drinking Water.”

Since 1974, the U.S. Environmental Protection Agency (EPA) has managed a wide variety of technical and financial programs to help ensure U.S. drinking water safety. For example, the SDWA empowers EPA to make regulations and to set standards to protect consumers against both naturally occurring and manufactured contaminants like arsenic and pesticides that may occur in drinking water. These apply to over 50,000 U.S. public water systems (but not private wells). Together, EPA, states, tribes, and utilities form a nationwide drinking water community to keep our water safe. As a result, most Americans enjoy nearly unlimited, year-round access to treated and disinfected drinking water for pennies per gallon.

Even with a blueprint and long list of partners, EPA needs help managing activities under the SDWA. One important source of expert input is the National Drinking Water Advisory Council or NDWAC. Formed in 1974, the council provides EPA with independent advice and recommendations to improve the national drinking water program and protect public health. It includes 15 members from the general public, state and local agencies, and private groups. The council also includes several subcommittees and workgroups. A key role of NDWAC is to help keep EPA aware of emerging issues and contaminants in drinking water. The council also identifies opportunities to improve cooperation between EPA and other governmental agencies, water associations, interest groups, and the general public. I served as a member of NDWAC and believe the council represents a diverse group of interests and brings an important perspective to the drinking water regulatory discussion.

After 45 years, it makes sense to reflect on how far the SDWA and the U.S. drinking water community have come. The Association of State Drinking Water Administrators’ retrospective on the SDWA anniversary notes that EPA has finalized a total of 19 major drinking water regulations. And that 49 of 50 states have primary responsibility for SDWA enforcement (called “primacy”) in their states. EPA also established several new programs as a direct result of the 1996 SDWA Amendments, including for source water protection and a Drinking Water State Revolving Loan Fund, to name just a few.

Many challenges and much work remain to protect our nation’s drinking water. States struggle with contaminants of emerging concern. They also face new challenges managing well-known issues such as lead service lines and Legionella bacteria in building water systems. These problems are compounded by our nation’s aging water infrastructure, the sticker shock-inducing costs to address them, and affordability issues. However, as the proposed changes to EPA’s Lead and Copper Rule illustrate, there is a renewed emphasis on water infrastructure improvements to address contemporary public health challenges. For example, EPA recently approved the Denver Water Board’s Lead Reduction Program to replace all lead service lines beginning in 2020.

It’s 2020, but it’s never too late to celebrate drinking water chlorination, the SDWA, and public health.

Chris Wiant, MPH, Ph.D., is president and CEO of the Caring for Colorado Foundation. He is also chair of the Water Quality & Health Council and a former member of the National Drinking Water Advisory Council.