Antibiotic Resistant Bacteria and Genes in Wastewater and Drinking Water 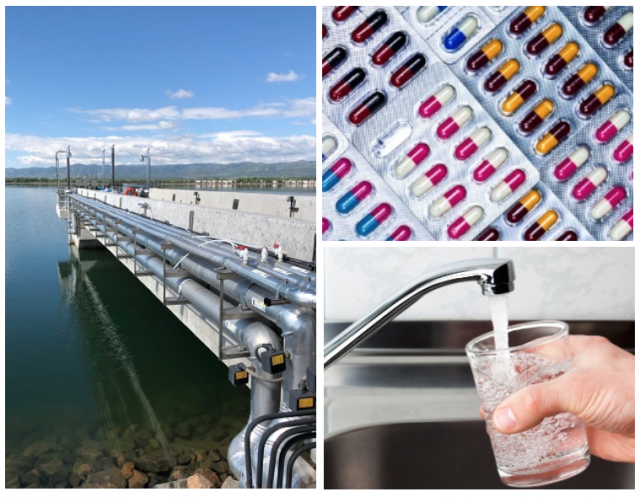 We’ve written about antibiotic (antimicrobial) resistance and “superbugs” several times in recent years, and based on what we continue to learn, there is likely more to come. Antibiotics are used widely in animal agriculture and aquaculture and are also found in wastewater. These pharmaceuticals are excreted by animals and people who are taking antibiotics and when unused pills and liquids are flushed down the toilet or poured into the drain.1 All of these actions result in antibiotics entering the water environment and our wastewater systems, and have contributed to antibiotic resistant bacteria known as ARB. I wrote in 2015 that “Responsible use and disposal of antibiotics will go a long way toward reducing the unintended consequences of their entering the waste stream.”

The spread of ARB continues to decrease the therapeutic effectiveness of antibiotics and has been described as a global health emergency. No one can completely avoid the risk of antibiotic resistant infections, but some populations are at greater risk than others like those with compromised immune systems or chronic illnesses. And if antibiotics continue to lose their effectiveness, then so too does our ability to treat infections. According to the U.S. Centers for Disease Control and Prevention (CDC), ARB are responsible for at least 2 million infections (including healthcare-associated infections) and 23,000 deaths each year.

Antibiotic resistant bacteria and the antibiotic resistance genes (ARGs), as well as the antibiotics themselves, have all been found in liquid animal wastes and manure, agricultural runoff, surface waters and sediments, municipal wastewaters, and even treated drinking water.2 Thus they are widespread in the water environment. There is growing interest on the occurrence and removal of ARB and ARGs within water and sanitation treatment systems, including the disinfection process.

Antibiotics and disinfection provide essential individual and public health protection, respectively, from water, sanitation, and health (WaSH)-related diseases ranging from dysentery to cholera. But there is growing concern that even trace levels of antibiotics and intact DNA remnants from cell debris can promote antibiotic resistance by gene transfer to “downstream” bacterial populations, including pathogens.3 A recent European Commission review (see footnote 1) concluded that general safety measures to improve the effectiveness of wastewater treatment processes and efforts to control the use of antibiotics in animal husbandry and in human medical practices could help contain the spread of ARB. A 2018 review by the Global Water Pathogen Project found that ARGs can be passed on and taken up by virtually all bacteria, so it is important to reduce general loads of bacteria as well as pathogens to reduce the potential spread of antimicrobial resistance. The GWPP chapter further concludes that the known benefits of pathogen reduction through disinfection processes likely outweigh less-established concerns regarding their potential to enhance gene exchange and antimicrobial resistance (i.e., risk balancing).

For more than a century, demonstrating the microbial quality of finished drinking water has focused on the use of indicators of waterborne pathogens. Adequate drinking water disinfection destroys or inactivates pathogenic and non-pathogenic bacteria, including ARB, most viruses, and degrades some antibiotics (though the latter is poorly understood). Compared to wastewater, less is known about the presence and public health significance of ARB, ARGs, and antibiotics in drinking water, including treatment plants, distribution systems, as well as the role of biofilms. A study of several U.S. cities reported that ARB and ARG levels were higher in tap water than finished water directly from the treatment plant and the source waters, indicating that there was regrowth of bacteria in drinking water distribution systems or in the plumbing of buildings. The investigators hypothesized that water treatment might increase the antibiotic resistance of surviving bacteria, and that drinking water distribution systems could serve as an important reservoir for the spread of antibiotic resistance to opportunistic pathogens.

A Recent Study of Disinfectant Effectiveness

Earlier in 2019, a team lead by University of Washington scientists published the results of their research into how effectively and quickly several drinking water and wastewater disinfectants remove ARGs in bacterial DNA. More specifically, the researchers assessed the effectiveness of free chlorine, monochloramine, chlorine dioxide, ozone, and UV light (+ hydrogen peroxide) to degrade and biologically deactivate a representative ARG in a common antibiotic-resistant soil bacterium in water samples. As expected, all five disinfection methods disrupted bacterial growth, but mixed results were reported for ARG damage. Three showed >90 percent degradation or deactivation of the gene: UV light, ozone, and chlorine; in contrast, chlorine dioxide and monochloramine barely damaged the ARG at the highest practical concentration and inactivation time (CT value).4 A science news feature quoted a co-author of paper: “Disinfection processes are very important tools for preventing the spread of antibiotic resistance. We’re trying to better understand them so we can more effectively design and operate them in the future.”

What Does the Future Hold?

More studies into the concentrations and removal of ARB and ARG are needed. When it comes to understanding the presence and human health significance of antimicrobial resistance in waterborne pathogens in environmental and treated waters, there are far more questions and research needs than there are answers. The GWPP and European Commission reviews both call for expanded science-based information and risk assessments into the relationships between aquatic antibiotic concentrations, spread of antimicrobial resistance, and public health protection, all of which seems prudent.

Joan B. Rose, PhD, is the Homer Nowlin Chair in Water Research at Michigan State University, the editor of the GWPP, and a member of the Water Quality and Health Council.

1Once prescribed antibiotics are started, the full course should always be completed as directed by your doctor to help prevent the spread of antibiotic resistance. See also Disposal of Unused Medicines: What You Should Know.

2See European Union (2018). State of the Art on the Contribution of Water to Antimicrobial Resistance.

3For an overview of ARG transfer and related information, see the Antimicrobial Resistance Learning Site.

4CT values are the product of the concentration of a disinfectant (e.g., free chlorine) and the contact time with the water being disinfected, and are typically expressed in units of mg-min/L.