Cholera: Overcoming the Symptoms and the Disease 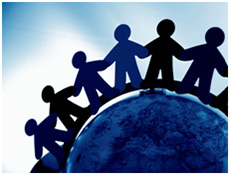 Global cholera is as much a symptom of a failure of the global community as it is a disease of the developing world. That is the opinion of a trio of public health physicians writing in The New England Journal of Medicine (NEJM, January 9, 2013, “The Cure for Cholera – Improving Access to Safe Water and Sanitation”).  Cholera, according to the authors, is “a symptom of insufficient investment by the global development community in assuring access to safe water and sanitation – of providing only a Band-Aid solution to a difficult problem.”

The “indisputable fact,” say the authors, is that cholera, which is transmitted predominantly by the fecal-oral route, reflects the reality that “the current state of development leaves more than a billion of the poorest and most marginalized people at risk of ingesting feces with their food and water.” Although this bleak reality is not news to the world of public health, the authors point out “the message bears repeating, frequently and incessantly” even in the face of global progress.  In response to that message, solutions come in the form of appropriate water treatment, especially chlorination.

How Far Have We Come?

There is good news in the fight against cholera and other waterborne diseases.  Last March, the United Nations announced the world had met its goal of halving by 2015 the fraction of the world population that in 1990 lacked sustainable access to safe drinking water.  Meeting that goal means more than two billion people gained access to improved drinking water between 1990 and 2010.  We reported in April, 2012, that UN statistics showed almost half of the drinking water gains occurred in China and India.  According to the NEJM article, only 63 percent of people in the least developed countries around the world have access to improved water supplies.

Sewage disposal remains a major global challenge. The authors of the NEJM article state that the UN goal for improved sewage disposal will not be met until 2026; they say that “2.5 billion people still live without even modestly improved sanitation facilities, such as a well-constructed privy…stunningly, 15 percent of the world’s population, more than 1 billion people, have no facilities at all and still defecate in open areas.”

Clean water and sanitation goals are critically linked, for as long as human and animal waste is allowed to pollute waterways without appropriate water and wastewater treatment in place, the risk of waterborne disease remains high.  Tragically, the illness and death toll of waterborne pathogens is mainly borne by children under the age of five.  Disinfection, which destroys disease-causing microorganisms, is a key step in eliminating this life-threatening exposure.

Historically, drinking water chlorination shines as a cost-effective, efficacious technology that has helped advance global public health immeasurably.  Over a century ago, US cities adopted drinking water chlorination in droves following clear evidence of typhoid fever rate reductions in municipalities that implemented the technology.  Chlorinating drinking water virtually eliminated cholera and typhoid fever in the US. Safe drinking water in the US has helped lengthen the average life span from under 50 years 100 years ago to over 75 years now. Today the US Environmental Protection Agency requires all municipalities that treat water to maintain a very low but measureable level of chlorine in the water supply to guard against recontamination as drinking water flows from treatment plants to taps.

Although the NEJM authors assert of their article, “Nothing said here has not been said before, often at greater length and depth,” their powerful message is a timely call to action in the battle against cholera and other waterborne killers in the developing world.  Drinking water chlorination, whether administered through point-of-use applications in the home or community treatment facilities, represents a potent ally in that battle.