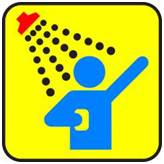 The United States has one of the safest drinking water supplies in the world, thanks to the steadfast efforts of thousands of water treatment professionals. The men and women of the water treatment industry implement technologies 24/7 that protect us from former waterborne killers like typhoid fever, cholera and hepatitis A.  With those enemies held at bay, what, you may ask, is the greatest microbial threat lurking in US tap water today?  The answer is the bacterium Legionella, public health enemy #1 in US water systems, posing a particular risk to hospital patients. Controlling Legionella will take some novel approaches and regulatory adjustments.

Profile of a Modern Waterborne Killer

According to recent articles1 by chemist and former Environmental Protection Agency Office of Water official Dr. Joseph Cotruvo, the risk of acquiring legionellosis from inhaling water mists contaminated with Legionella, although small, is now the most significant waterborne disease risk associated with municipal drinking water supplies. The author notes that Centers for Disease Control and Prevention (CDC) data show 19 of 33 (58%) waterborne disease outbreaks reported in 2009-2010 were associated with Legionella in plumbing systems or drinking water distribution systems.  These outbreaks resulted in 105 cases of illnesses and 14 deaths. Legionellosis outbreaks were the only waterborne outbreaks in that time period that resulted in deaths.

Legionella bacteria can cause a form of pneumonia called Legionnaire’s Disease, a name coined after a 1976 outbreak at an American Legion convention in Philadelphia.  The bacteria also can cause a milder illness known as Pontiac Fever.  Both diseases are known as “legionellosis.”

According to the CDC website, people may develop legionellosis when they breathe in water mists or vapors contaminated with the bacteria. The bacteria may then infect the lungs, although most people exposed to Legionella bacteria do not get sick.  The more vulnerable groups are individuals who are 50 years old or older, smokers, people with chronic lung disease and individuals with weakened immune systems. Legionellosis cannot spread from one individual to another.

Legionella can colonize water distribution lines and building plumbing, contaminating water supplies after it has been centrally treated.  The bacteria may be harbored in slimy coatings known as biofilms on pipe interiors, where it is protected from sufficient contact with disinfectants.  All that is needed to colonize a pipeline is a few Legionella bacteria.  These may enter the pipeline as “escapees” from the water treatment process, “intruders” at water main breaks, or “stowaways” at the time of pipe installation.

Legionella thrive in the temperature range of 77 to 130○ F (25-55○ C), a range that includes hot water systems, shower heads and even cold water systems in warm climates.  Cotruvo points out that the energy saving step of lowering hot water heater temperatures below 120○ F will have the unintended consequence of favoring Legionella proliferation.  Hospital water systems are of particular concern:  several Legionella hospital outbreaks occur annually around the world, according to Cotruvo, putting many vulnerable patients at risk.

Not Your Father’s Water Treatment Solution

One way to deal with Legionella is by combining biofilm removal in pipes with pipe disinfection.  Each disinfectant option has advantages and limitations.  Options include chlorine, chloramine, chlorine dioxide, ozone, UV radiation, copper/silver and thermal treatment.  Another approach is to implement “barrier protection” at the point of use, according to Cotruvo. This could include temperature control valves at faucets and showerheads that allow temperatures above the 130 ○ F upper limit for Legionella growth.  Hot water could then be blended with cold water to prevent scalding.

Working out a Regulatory Solution

There are regulatory obstacles and even disincentives to controlling Legionella in US water systems, notes Cotruvo.  According to EPA, if a facility with more than 25 users, such as a hospital, adds treatment to the public water entering the facility, the facility becomes by definition a public water supply.  Public water supplies are subject to drinking water regulations and the associated costs of monitoring, management and reporting.  In the case of hospitals, Cotruvo argues for implementing either a special category exemption or a separate oversight process so that hospitals can better protect their patients from Legionella.

CDC disease statistics confirm that removing Legionella from public water supplies should be an important new priority that will protect public health.  It’s time to facilitate the solutions recommended by Dr. Cotruvo.