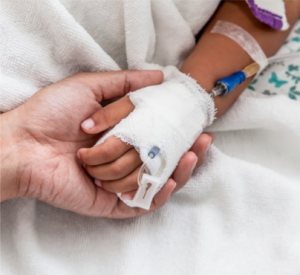 Named for its symptoms, acute flaccid myelitis (AFM1) is a polio-like, paralyzing neurological condition that primarily afflicts young children aged 2 to 8 years. Although very rare, confirmed cases of AFM have spiked sharply since 2014, when the Centers for Disease Control and Prevention (CDC) first noted the increase (see box). Available clinical, laboratory, and other evidence all suggest a viral association, and over 90% of confirmed cases had a mild respiratory illness or fever consistent with a viral infection before developing AFM. CDC is working closely with healthcare providers as well as state and local health departments to investigate and confirm AFM cases, including possible causes, risk factors, and potential treatment options. Yet because much about AFM remains a mystery—including why a small but growing number of people develop AFM after a viral infection while most others recover—some parents and doctors have grown impatient with CDC.

AFM affects the nervous system, specifically the area of the spinal cord called “gray matter,”2 which causes the muscles and reflexes in one or more limbs to become weak. Most people diagnosed with AFM will experience sudden onset of arm or leg weakness and break-down of muscle tone and reflexes within 3 to 10 days following an initial fever or respiratory illness. Some patients will also experience facial droop/weakness, difficulty moving the eyes, difficulty with swallowing, or slurred speech. The most severe symptom of AFM is respiratory failure, which can require urgent ventilator (breathing machine) support.

Acute Flaccid Myelitis: Occurrence and Association with Viruses
So far in 2018, there have been 134 confirmed cases and possibly two deaths across 33 states, including our home states of Michigan (JR) and Minnesota (RM). Most patients had onset of AFM between the months of August and October, with confirmed cases spiking sharply in 2014, 2016, and 2018 (see figure). During those months, many viruses commonly circulate, including non-polio enteroviruses. Since 2014, almost all AFM patients had a respiratory illness or fever before they developed neurological symptoms, though all whom were tested were negative for poliovirus, which can also cause AFM. Notably, CDC detected coxsackievirus and two enteroviruses in the cerebrospinal fluid (CSF) of 4 of 458 confirmed cases of AFM since 2014, which was the likely cause of illness in those particular patients. Despite extensive testing—including CSF, respiratory secretions, serum, and stool—pathogens are typically not found in AFM patients and a common etiology remains elusive. For this reason, CDC has expanded the search for potential causes of AFM. One possibility is that, for some unknown reason, the virus triggers a strong immune response in susceptible hosts that damages the spinal cord and results in AFM.

Patients with AFM symptoms are diagnosed by examining a patient’s nervous system in combination with distinct lesions or other abnormalities of spinal cord gray matter identified using magnetic resonance imaging (MRI). A physician can also examine a patient’s nervous system and the places on the body where he or she has weakness, poor muscle tone, and decreased reflexes. As noted previously, AFM can be difficult to diagnose because it shares many of the same symptoms as other AFP neurological disorders and syndromes like Guillain-Barré syndrome.

There is no specific clinical treatment for AFM, but physicians may recommend certain interventions on a case-by-case basis, such as physical or occupational therapy to help arm or leg weakness, based on current CDC recommendations. In about half of AFM cases, the patients eventually fully recover, but the other half can be left with permanent neurological disabilities.

Certain viruses are known or suspected to be associated with AFM (and acute flaccid paralysis) symptoms, including poliovirus and a few other enteroviruses through the fecal-oral route, as well as West Nile virus through mosquitoes. You can help protect against mosquito bites by using repellent, staying indoors at dusk and dawn when bites are more common, and removing standing or stagnant water near your home where mosquitoes can breed.

The best way to protect yourself and your children from poliovirus, which is highly contagious and spreads through person-to-person contact, is vaccination. Polio vaccine contains inactivated virus and protects against infection; however, it does not protect against other viruses that might cause AFM.

Because we do not know the cause of the vast majority of AFM cases or what biological events trigger this mysterious syndrome, CDC and healthcare providers cannot recommend specific actions to prevent most cases of AFM.

We do know that prevention of fecal contamination of food, water, and surfaces is essential to minimizing disease spread generally and especially among children. To that end, you can help protect yourself and others from enteroviruses and other fecal-oral pathogens by washing your hands often and properly with soap and water, avoiding close contact with people who are or were recently sick, and cleaning and disinfecting frequently-touched surfaces—especially those accessible by young children such as toys.

Joan B. Rose, PhD, is the Homer Nowlin Chair in Water Research at Michigan State University and a member of the Water Quality and Health Council. Ralph Morris, MD, MPH, is a physician and preventive medicine and public health official living in Bemidji, MN.

1According to the 2017 standardized case definition, AFM is a subtype of acute flaccid paralysis (AFP), which is the acute onset of flaccid weakness absent features suggesting an upper motor neuron disorder/disease. AFP is a generalized “umbrella term,” and includes multiple clinical entities with similar symptoms, such as AFM, Guillain-Barré syndrome, acute transverse myelitis, toxic neuropathy, and muscle disorders.