Vibrio Infection: Rare, but Worth Knowing About

Planning a beach vacation this summer? 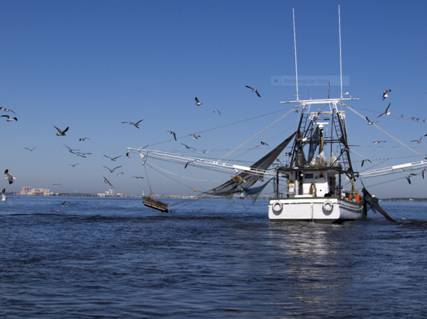 You should know about a group of naturally-occurring bacteria found in the warm coastal, especially brackish waters of the US that pose a rare but potentially serious risk to raw seafood consumers, anglers, commercial fishermen and others engaged in salt water-based activities. The culprits are several species of Vibrio bacteria. According to the Centers for Disease Control and Prevention (CDC), Vibrio are responsible for an estimated 80,000 cases of infection—known as vibriosis—in the US every year. When Vibrio invades the bloodstream, the result can be fatal. There are approximately 100 US deaths per year from vibriosis.

Vibrio bacteria are most prevalent in estuarine waters between May and October when water temperatures are elevated1 . CDC data indicate more than half of all reported vibriosis cases (65 percent) are caused by eating contaminated food. Thirty-five percent of cases are the result of people with open wounds and scrapes contacting Vibrio-affected waters.

With a hospitalization rate of over 90 percent and with nearly 40 percent of cases leading to death,2 one of the Vibrio species in particular—Vibrio vulnificus—has been called the “most virulent foodborne pathogen in the United States.” Vibrio vulnificus also has been called a “flesh-eating bacteria” because of the toxins it releases that destroy human flesh. News reports chronicle rare but tragic instances of unsuspecting individuals who become infected with Vibrio vulnificus, resulting in progressive flesh destruction and limb amputation, a measure that may or may not save their life. Wound infections may start as redness and swelling at the site of the wound and progress throughout the body, according to CDC. The severe illness is characterized by “fever and chills, decreased blood pressure (septic shock), and blood-tinged blistering skin lesions.”

Louisiana’s Department of Wildlife and Fisheries warns fishermen to be aware that exposing open wounds to seawater containing Vibrio vulnificus “may lead to skin breakdown and ulceration.” A July 2014 advisory recommends fishermen in saltwater carry with them “basic disinfectant (chlorine bleach mixed one part bleach to four parts fresh water3 or tincture of iodine, or antibiotic ointment) and use if skin is punctured while handling fishing tackle, bait or fish.” The sooner one of these antiseptics is applied to a wound, the lower the risk of infection.

According to CDC, the most “Vibrio-vulnerable” are those with compromised immune systems, especially those with chronic liver disease. Although vibriosis is rare in healthy individuals, to reduce your risk of infection, avoid the following:

Planning a beach vacation? Put your risk of Vibrio infection in perspective, exercise any relevant precautions, and enjoy!

1 According to CDC, Vibrio species are most prevalent in saline waters of temperatures between 68 and 95 degrees Fahrenheit.

3 Fishermen should prepare this solution daily, as bleach solutions weaken over time.