I have had the privilege of spending the last four years of my life on one of the most beautiful college campuses in Maryland. Everything I ever needed was within a short walking distance of my dorm room—the dining hall, library, mailroom, and student center, you name it! Yet even with all of these nearby resources, I spent most of my time in my room doing homework. This is the classic scenario for any undergraduate science major. Living in a building with more than 100 fellow students, the laundry room instantly became the most in-demand place in the entire residence hall. Keeping that in mind, I always ensured that I stocked up on two items each semester: detergent and bleach.

Bleach, chemically referred to as an aqueous solution of sodium hypochlorite (NaOCl), is one of the most common household chemicals used across the United States. Bleach is primarily used to whiten and brighten clothes, but there are other surprising uses! For starters, bleach is also used to remove certain stains and disinfect surfaces contaminated with pathogens. But what are some of the really unusual uses of bleach? 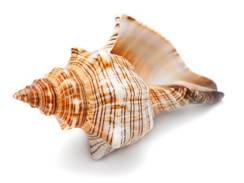 One of the most beautiful and memorable souvenirs you can take away from any sandy beach is a seashell. Most beachgoers will simply take the seashells home and place them on a dresser or into storage without completing one fundamental task—cleaning them! One pungent reminder is the awful odor they often carry.

While in the sea, mollusks absorb and process the minerals surrounding them, secreting calcium carbonate (CaCO3). The calcium carbonate forms an outer shell on the outside of their bodies, which continues to expand as the mollusk grows. When mollusks die, their shells are abandoned to the sea, many of which eventually appear on the beaches we frequent throughout the year. Knowing that sea creatures formerly lived in these shells should serve as a reminder to clean them promptly, and bleach is up to the task. According to Seashells.org, empty shells should be soaked in a 50-50 solution of water and bleach until the periostracum, the thin outer layer of skin, has disintegrated. 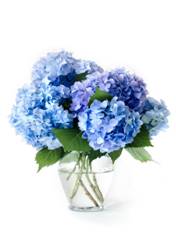 Flowers possess everything they need in their natural habitat.  They collect nutrients from the soil through their roots. They absorb water through the roots, pushing the water up to the leaves via a specialized plant cell system called the xylem. The leaves are also responsible for providing the major source of food. Through photosynthesis and chlorophyll (the green pigment found in the leaves), plants use energy from sunlight to convert carbon dioxide (CO2) from the atmosphere and water into carbohydrates and oxygen.

When transferring flowers from soil to a vase, they are separated from their source of sustenance. While filling a vase with water and food additives serves as an effective substitute, cut flowers are still limited in their ability to receive essential nutrients, and are even more susceptible to wilting. But, the disinfecting power of bleach proves to be a suitable solution for this issue. Joan Rose, PhD, of the Water Quality & Health Council, suggests adding ¼ teaspoon of chlorine bleach to each quart of water in the vase. The addition of bleach preserves the clarity of the water and protects the flowers by destroying the bacteria that cause wilting. Although too much bleach will kill the flowers, a small amount is just enough to keep them in bloom for a long time! 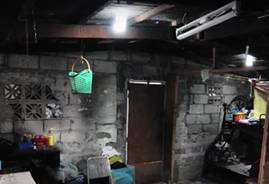 Bleach is not only used to lighten clothing, but homes as well! One fateful day in 2002, Brazilian mechanic Alfred Moser and his wife suffered through a citywide blackout. Although they experienced blackouts regularly, this time Moser decided to combat this power outage with his own man-made light, inspired by some advice from his boss. Mr. Moser successfully illuminated his home using only a plastic water bottle filled with water, a small amount of bleach, and sunlight! After the bottle was mostly filled with water, Moser added two capfuls of bleach and sealed it with a black cap. Next, Mr. Moser drilled a hole in one of his roof tiles, pushed the filled water bottle through, and applied polyester resin to prevent leakage.

When the sunlight strikes the bottle, it immediately illuminates the room below due to refraction of light. The addition of bleach prevents the water from turning green with algae when exposed to sunlight. It also prevents the water from clouding by destroying the microorganisms that could potentially reproduce inside of the bottle. Both the bleach and water must be replaced every five years in order to maintain its continuous use. Owners and renters of unlit homes across Brazil and other developing countries never have to worry about living in the dark again—at least during the daytime.

For a common household item, bleach sure has some interesting and peculiar uses, yet all three have proven to be extremely useful! Now, I wonder if detergent is good for anything else too….