US Shigella Infections: “A Troubling Trend”

A dramatic increase in the number of recent cases of shigellosis is being recorded in certain areas of the US, including Cincinnati, Pittsburgh and northern Kentucky. Shigellosis, also known as “bacillary dysentery” is an acute infection of the intestine caused by Shigella bacteria1. According to the US Centers for Disease Control and Prevention (CDC), within one or two days of exposure to the bacteria, most people infected with Shigella develop watery or bloody diarrhea, fever and stomach cramps. Others may become infected and experience no symptoms, but pass the bacteria on to others. There are no vaccines for this disease. A person with shigellosis can remain infectious for up to four weeks after symptoms resolve.

Shigellosis is a disease that is maintained through infections in the human population; there is no other significant reservoir for this pathogen. Shigellosis likely caused frequent outbreaks of dysentery in the US prior to the early 20th century introduction of drinking water chlorination. During the Civil War dysentery and other infectious diseases were responsible for twice as many deaths as battle wounds (see the National Park Service website).

Shigellosis is a fecal-oral disease and therefore environmental and hand hygiene are very important factors in preventing the spread of the disease. Shigella bacteria are very potent and resemble virus in that very few are needed to initiate an infection. Children in day care are very likely to contract shigellosis if good disinfection practices are not practiced. Some individuals with shigellosis may develop reactive arthritis (Reiter’s syndrome), which can last for months or years and may be difficult to treat (see Complications of Shigella Infection).

CDC estimates there are approximately 500,000 cases of shigellosis annually in the US. Worldwide, there are 80-165 million cases of the illness annually and approximately 600,000 deaths. Proper hand-washing—especially after using the bathroom or changing a diaper—is critical. Foods can become contaminated with Shigella from infected food handlers or from contaminated agricultural (irrigation) waters. Additionally, shigellosis can spread by infected individuals contaminating frequently touched surfaces. Swimmers may be exposed to the bacteria by swallowing contaminated water, and campers who collect and drink improperly disinfected stream water may be infected with Shigella.

Between May, 2014 and February, 2015, a drug-resistant strain caused over 200 cases of illness in the US. The strain was repeatedly introduced as sick travelers returned to the US, according to CDC. A CDC report notes some patients had traveled to Hispaniola (both the Dominican Republic and Haiti), India, Morocco and other destinations in both Asia and Europe before exhibiting symptoms. Ciprofloxacin-resistant Shigella has become so common that CDC recommends doctors use lab tests to determine which antibiotics will effectively treat shigellosis. 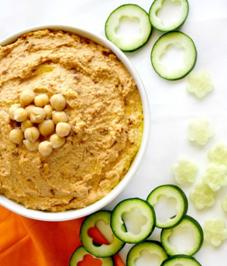 Shigella sickened 80 people in Jordan in early August, 2015. A news report stated the outbreak was traced to out-of-temperature chickpea hummus served at a restaurant.

Proper hygiene and sanitization are critical to preventing shigellosis in daycare. This includes appropriate hand-washing after using the toilet or changing or handling soiled diapers. Additional important measures include hand-washing before preparing or handling food, and properly sanitizing food contact surfaces and shared toys (see bleach and water mixing recommendations for disinfecting various surfaces and for cleanup following vomiting/diarrhea).

Children experiencing diarrhea should not attend daycare or activities with other children.

CDC also recommends travelers make smart food and drink choices, such as steaming hot food and drinks from sealed containers. The CDC app “Can I Eat This?” can provide on-the-ground information to inform eating and drinking decisions.

The rise of antibiotic-resistant species of pathogens like Shigella represents a global threat to public health. As we have pointed out before, everyone can play a role in suppressing the rise in antibiotic resistant pathogens by:

Barbara M. Soule, R.N. MPA, CIC, FSHEA is an Infection Preventionist and a member of the Water Quality & Health Council.