RSV Cases on the Rise

By Ralph Morris, MD, MPH
January 17, 2020
In a nutshell…
Cases of the contagious viral respiratory illness known as RSV are on the increase in the U.S. This article provides general and practical information on RSV, including national statistics, symptoms, warning signs of severe infection, and prevention. 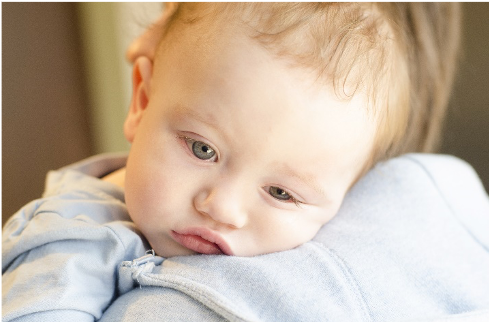 This winter doctors are reporting a surge in cases of respiratory syncytial (pronounced sin-SISH-uhl) virus, known simply as “RSV.” According to the U.S. Centers for Disease Control and Prevention (CDC), the virus may severely affect premature babies, young infants, adults over the age of 65, and those people with chronic lung disease, heart problems, or compromised immune systems. The CDC reports, on average, RSV leads to about 2.1 million outpatient visits and over 57,000 hospitalizations annually among children younger than five years old. Approximately 177,000 older adults are hospitalized and an estimated 14,000 die of RSV each year.

RSV is highly contagious and most prevalent in fall, winter, and spring. It spreads through close contact with infected people, through the air with coughing and sneezing, and through contact with surfaces contaminated with infected mucous or saliva. The virus can survive on surfaces such as toys, doorknobs, and countertops for several hours, according to Montreal Children’s Hospital website. The virus can be destroyed on surfaces by applying a chlorine bleach solution (see below).

A Common Illness in Babies and Young Children

CDC notes nearly all children will have an RSV infection by their second birthday. In children under one year of age, it is the most common cause of inflammation of the small airways in the lungs (known as bronchiolitis) and infection of the lungs (pneumonia). Symptoms resemble those of a cold or flu, and include runny nose or nasal congestion, cough, wheezing, reduced appetite, and fever. Most people recover from RSV within a week or two. CDC recommends calling your healthcare provider if you or your child has difficulty breathing, are not drinking enough fluids, or have worsening symptoms.

No Vaccine for RSV

There is no vaccine for RSV. “All we have in our toolbox,” notes Dr. Dan McGee, a pediatric hospitalist from Grand Rapids, Michigan in a recent interview, “are ways to help the child breathe easier until their body fights off infection.” Dr. McGee makes the excellent point that getting a flu vaccine can help limit the potential for multiple viral infections in children who end up in the intensive care unit. He explained: “The last thing in the world you want to do is have two different respiratory illnesses going on at the same time.”

The CDC states a drug called palivizumab (pah-lih-VIH-zu-mahb) can help prevent serious RSV illness in certain infants and children at high risk for severe disease. It cannot, however help cure or treat those already suffering from serious RSV disease. According to WebMD, doctors may give monthly shots of palivizumab to infants at high risk during peak RSV season.

Best practices for preventing viral infections such as RSV include:

A Word to Parents and Care Givers

It is worth noting that for most infants and young children, an RSV infection is similar to the common cold, and at-home care for RSV works well. That said, it pays to be aware of the illness, its symptoms, and its potential complications for worsening symptoms.