The identification of the “brain-eating amoeba,” Naegleria fowleri, in some Louisiana drinking water and three tragic deaths from this organism since 2011 has prompted an aggressive response to rid state water systems of the amoeba. This article examines the strategy being used to combat Naegleria in Louisiana, and reinforces the importance of staying the present course to ensure lasting good water quality and a restoration of public confidence.  There will almost certainly be a multitude of valuable lessons learned from this episode. 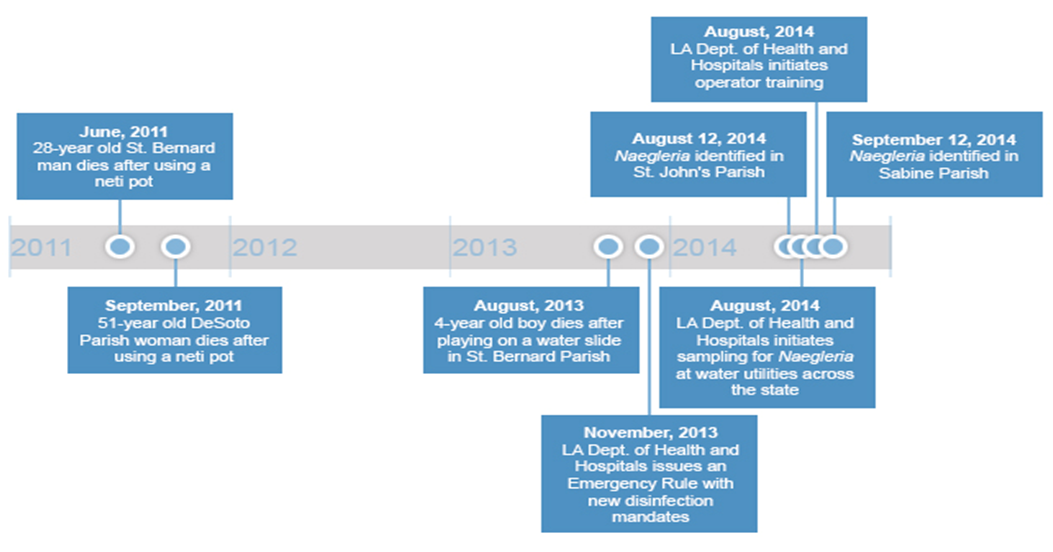 Taking the Fight to Naegleria’s Stronghold 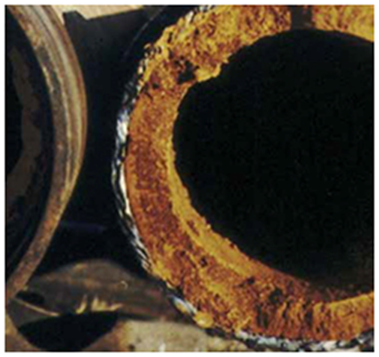 Biofilm in a water pipe

Researchers confirmed in 2012 that Naegleria can attach to and thrive in slimy coatings on pipe interiors known as biofilms. If “residual” disinfectant levels in pipelines plummet, Naegleria rallies.

In addition to increased water sampling and monitoring throughout Louisiana water distribution systems, the Emergency Rule sets a minimum residual level of chlorine or chloramine of 0.5 parts per million.  This level is higher than the federally required “detectable residual level,” but well below the federal government’s maximum residual disinfectant level for both chlorine and chloramine. That maximum level is set at 4 parts per million to protect against health risks from lifetime exposures to those disinfectants.  For systems in which amoeba are detected or where chlorine residuals cannot be maintained, flushing the distribution with elevated levels of free chlorine (i.e., maintaining a minimum 1 part per million throughout all points in the distribution system for several weeks) packs an added punch and is helpful in removing biofilm, the safe haven of Naegleria in pipes.

What about Disinfection Byproducts?

Some concern has been raised that by increasing chlorine levels, Louisiana drinking water will contain elevated levels of a group of contaminants known as disinfection byproducts, or “DBPs.” DBPs are unwanted substances that form in drinking water when disinfectants combine chemically with organic matter of natural origin in source water.  These contaminants are present at such low levels that they were not identified until the 1970s when improved analytical methods could detect them.

Chlorinated DBPs are the most vigorously studied of the DBPs, but DBPs form from virtually all disinfection methods.  EPA regulates the presence of the most common DBPs in drinking water to safe levels.[1]  In the short-term, weighing the balance between the acute risks of microbial pathogens like Naegleria fowleri and long-term risks of DBPs, the prudent approach is to first assure adequate disinfection is provided throughout the distribution system.  After this objective is assured, water treatment managers and operators can evaluate and execute strategies to minimize DBP formation.

We applaud the ongoing efforts of public health officials and water treatment operators to defeat Naegleria in Louisiana.  Training sessions for water operators, such as those offered free by the Louisiana Department of Health and Hospitals, will help communicate up-to-date technologies and best practices. We pledge to keep our readers informed of future developments.

[1] The preferred treatment strategy is to minimize their formation by eliminating organic matter from water before disinfectant is added.