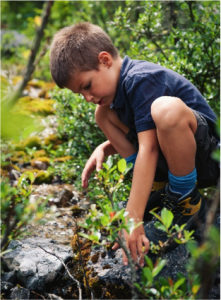 “Germs,” “pathogens,” “microbes,” “probiotics,” the “human microbiome”… these are just a few of the terms in common use that pertain to the world of microscopic life forms that we alternately avoid and embrace. For example, to steer clear of becoming sick with the seasonal flu virus, many of us get an annual flu shot. Employees are asked to stay home from work to help prevent spreading colds (rhinoviruses) and norovirus (the “stomach bug”), and hospitals disinfect against superbug bacteria, such as MRSA and C. difficile. On the other hand, the medical profession notes the “probiotic” characteristics of the “good bacteria” content of yogurt and fermented foods, such as kimchi, sauerkraut1 and miso. The live cultures in these foods, they say, can help shore up our immune systems to fight off illness. So, are microbes good or bad? The answer is both! The world of microbes to which we are exposed daily contains both villains and heroes.

Pathogens are the Villains

Any microbe that causes disease is a pathogen. (These microscopic forms of life belong to groups such as bacteria, fungi, protozoa and viruses). Consider pathogens such as norovirus, rhinoviruses, MRSA and C. diff, to be undesirable “microbe invaders”; the “bad bugs” that can make us sick. Pathogens are the microbes for which sanitizers and disinfectants are made.

What is a Germ?
“Germ” is an informal term for a microbe that can cause disease. In that sense, germs are better described as pathogens. The term originated from the word “germinate” in the 17th century. Pathogens are just a sub-set of all the microscopic life in and on our bodies and present in our environments.The Germ Theory of Disease was a major scientific breakthrough that states that specific microscopic organisms are the cause of specific diseases. According to the Harvard University Library Open Collections Program, “germ theory revolutionized the theory and practice of medicine and the understanding of disease.”Before Germ Theory became accepted in the period from 1850 to 1920, scientists thought that disease was caused by an imbalance of the four “humors,” or bodily fluids: black bile, yellow or red bile, blood and phlegm. The Humoral Theory of Disease is associated with Hippocrates (460-370 BCE) and remained dominant among physicians and the public through much of the 19th century.

Pathogens are not to be confused with the ten thousand species of microbes that inhabit our bodies naturally and help us digest food, absorb nutrients and produce vitamins and compounds that naturally suppress inflammation in our intestines. These are the constituents of the “human microbiome.” Each of our bodies is its own microbial ecosystem, comprising bacteria, virus and fungi populations numbering in the trillions. In fact, our human microbiome—the collective genome (all the genes) of all resident microbes—is larger than our human DNA.

A Balanced Approach to Cleanliness

The Hygiene Hypothesis says that the effect on children of excessive cleanliness is that their immune systems may be underdeveloped, explaining the modern rise in childhood allergies and decline in immune system performance. At the “Excellence in Paediatrics Conference” in Madrid, one report suggested that the Hygiene Hypothesis be replaced by the Old Friends Hypothesis. “Old friends” are the microbes that were present when humans evolved, not the more recent microbes that cause infectious illness, which we commonly think of as “germs.”

According to a New York Times article on the report, we need exposure to some types of microbes to regulate our immune system but not to the germs that cause infectious diseases. “Worrying about ‘being too clean’ could result in people needlessly exposing themselves and their children to pathogens that can make them ill, which would clearly be dangerous,” notes the article. The experts would encourage parents to distinguish between “letting children have contact with their environment and getting dirty while also protecting them, as far as possible, against potentially harmful microbes.” This means letting children play and interact with the outdoor environment, but setting rules about hygiene such as washing hands after using the bathroom, before eating and after touching pets or farm animals.

We agree with this balanced approach. For one thing, children are curious creatures who should be given a chance to interact with the outdoor environment. The Old Friends Hypothesis tells us this is a healthy attitude toward cleanliness that will help expose them to microbial heroes. And by teaching children the time-honored basics of hygiene, they will be protected sufficiently from microbial villains.