As delicious as it may be, unbaked, commercial, prepackaged cookie dough can make you sick. That’s the conclusion of a Centers for Disease Control and Prevention (CDC) investigative study of a 2009 E. coliO157 outbreak in 30 states. Seventy-seven patients, mostly female and under the age of 19, contracted gastrointestinal illness between mid-March and early July, 2009; 35 were hospitalized. 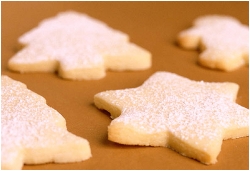 Pre-packaged, ready-to-bake cookie dough is believed to have caused a 2009 E. coli outbreak in 30 states. Cookie dough should not be eaten raw.

Investigative teams uncovered the common factor of commercial raw cookie dough consumption in the seven days leading up to illness. The offending product was traced to a single processing plant, resulting in a recall that included 3.6 million packages of ready-to-bake cookie dough.

Despite the excellent investigative work of CDC in uncovering the source, the specific cause of the outbreak has not been identified; there is no evidence of intentional contamination.  Cookie dough ingredients include flour, pasteurized eggs, chocolate chips, molasses, sugar, margarine, baking soda and vanilla extract.  Flour stands out as a prime suspect because an unpasteurized variety was purchased by the cookie dough producer in large quantities and would have been used in all cookie varieties implicated in the outbreak. One 1993 study found 12.8 percent of raw flour tested positive for E. coli and 1.3 percent tested positive for salmonella.

According to the CDC report, another study of risky eating behaviors among young adults found 53 percent of college students consume unbaked cookie dough. CDC investigators reported several patients who became sick after eating the cookie dough admitted to buying the product with the sole intention of eating it unbaked.  Although package directions specify the need to bake the product, this warning is sometimes ignored.  When making your own cookie dough, use pasteurized eggs when available, and don’t be tempted to taste before popping unbaked cookies in the oven.

Because cookie dough may be contaminated in the unbaked state, it is important that consumers assume any surface with which raw dough makes contact, including knives, hands and preparation surfaces, is contaminated. Cleaning, then disinfecting such surfaces can help guard against cross-contamination. After removing all food debris from a surface, such as a counter, apply a simple chlorine bleach solution made by adding just ½ tablespoon of household bleach to ½ gallon of water; let air dry.

In our fast-paced society, partially prepared food products are great conveniences that save families precious time.  Along with the benefits of such products, however, comes a responsibility to read and follow package directions, which should be clear and easy to understand. Parents of growing children can teach food safety measures by modeling them day to day and working them into meal-preparation discussions. Bon appétit!