The Jensen Farms Cantaloupe Outbreak: How to Avoid Repeating a Tragedy

Last summer a family-owned farm in Colorado became the focal point of the largest foodborne illness outbreak in the US in 25 years. Tragically, cantaloupe contaminated with Listeria bacteria sickened 146 people in 28 states, killed 30 and caused one pregnant woman to miscarry, according to the Centers for Disease Control and Prevention (CDC). The US Food and Drug Administration (FDA) concluded the outbreak likely could have been prevented if Jensen Farms had maintained its facilities in accordance with existing voluntary FDA guidance. FDA has no enforceable regulations on cantaloupe processing, and farm facility auditors conducting inspections do not consider FDA voluntary guidance when scoring facilities. Scores can be lowered only if practices are inconsistent with FDA regulations. That could, and should, change. 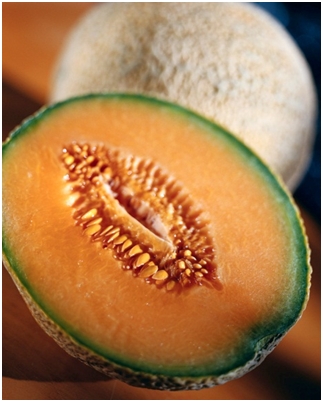 Recently the House Committee on Energy and Commerce released a report outlining multiple operational problems contributing to the cantaloupe contamination. The investigation report notes FDA officials were “highly critical of the processing methods used at Jensen Farms,” and emphasized two probable causes of the contamination: a change in processing equipment and a decision not to chlorinate cantaloupe wash water. In 2011, after 20 years of cantaloupe production with no reported food safety problems, these decisions helped spell disaster at Jensen Farms.

Eric and Ryan Jensen inherited Jensen Farms upon the recent death of their father. Ironically, the House Committee report states that during an August, 2010 safety audit, one of the Jensen brothers expressed interest in improving their processes. The auditor suggested the Jensens consider replacing the hydrocooler, which sprays water on cantaloupes to cool the harvested fruit. The auditor considered the hydrocooler a “hotspot” due to its recirculating water. Believing they were strengthening their food safety efforts, the Jensens purchased and retrofitted equipment previously used to process potatoes. The House Committee cited FDA’s characterization of this equipment as “inappropriate” and “difficult to clean.” Listeria was later detected on the felt roller brushes of this processing equipment.

Up until 2011, Jensen Farms followed FDA voluntary guidance with regard to using antimicrobial solutions, such as chlorine, in cantaloupe wash water. Disinfectants are added routinely to produce wash water to help destroy pathogens like Listeria. This measure is particularly important for cantaloupe with its convoluted outer surface that can harbor moisture and bacteria. According to the House Committee report, the Jensen brothers discontinued this precaution in 2011, a fact that was noted on the front page of that year’s audit report. No reason was given for this process change, and Jensen Farms received a glowing audit score because scores are not based on adherence to FDA voluntary guidelines.

According to the House Committee report, the cantaloupe distributor for Jensen Farms, Frontera Produce, is working with NSF International, a standard-setting organization, and other firms to improve the current audit system. Additionally, the new Food Safety Modernization Act requires FDA to establish an accreditation system and model auditing standards. These measures should be taken without delay to prevent a repeat of the preventable tragedy that started last summer at Jensen Farms. We’ll be watching…