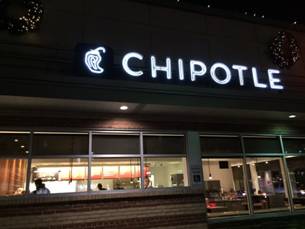 Over 140 Boston College students were sickened recently after eating at a Chipotle restaurant near the Chestnut Hill, Massachusetts campus.  The culprit:  norovirus, the most common cause of foodborne illness in the US.  The norovirus outbreak comes on the heels of a multistate outbreak of E. coli associated with Chipotle that made 52 people sick in the Pacific Northwest.

In response to these outbreaks, Chipotle has been in frequent communication with the media, including a pointed interview with Chipotle’s founder, Steve Ells.  Additionally, according to the Chipotle website, the company is taking several steps to ensure “best-in-class food safety.” These steps include voluntarily closing restaurants, conducting deep cleaning and sanitization of restaurants in the affected area, testing surfaces, equipment and food, and enhancing internal training.  These are all steps in the right direction.

Chipotle prides itself on using fresh produce and meats, traditional cooking methods and local and organic produce, when seasonally available, factors that the company admits in its 2014 annual report, may present additional foodborne illness risk:

“…we have made a significant commitment to serving local or organic produce when seasonally available, and a small portion of our restaurants also serves produce purchased from farmers markets seasonally as well. These produce initiatives may make it more difficult to keep quality consistent, and present additional risk of food-borne illnesses given the greater number of suppliers involved in such a system and the difficulty of imposing our quality assurance programs on all such suppliers.”

The statement above is telling and honestly assigns a degree of risk to what many perceive as an unquestionable health advantage:  produce that is local, organic, seasonally available and sourced from farmers’ markets.

Folks will look at this in one of two ways:

Chipotle should be congratulated for their honesty in acknowledging their food safety problems, and the company should continue to share its findings and plans to tackle those problems.  For their part, consumers must make their own choices about where and what to eat based on their own health perspective.  As with all decisions we make regarding acceptable or unacceptable risks, the accuracy of the decision depends upon the use of accurate and reliable information.

In the coming weeks:  “What is Organic Produce?”