Food Recalls in the United States: Examining the Data 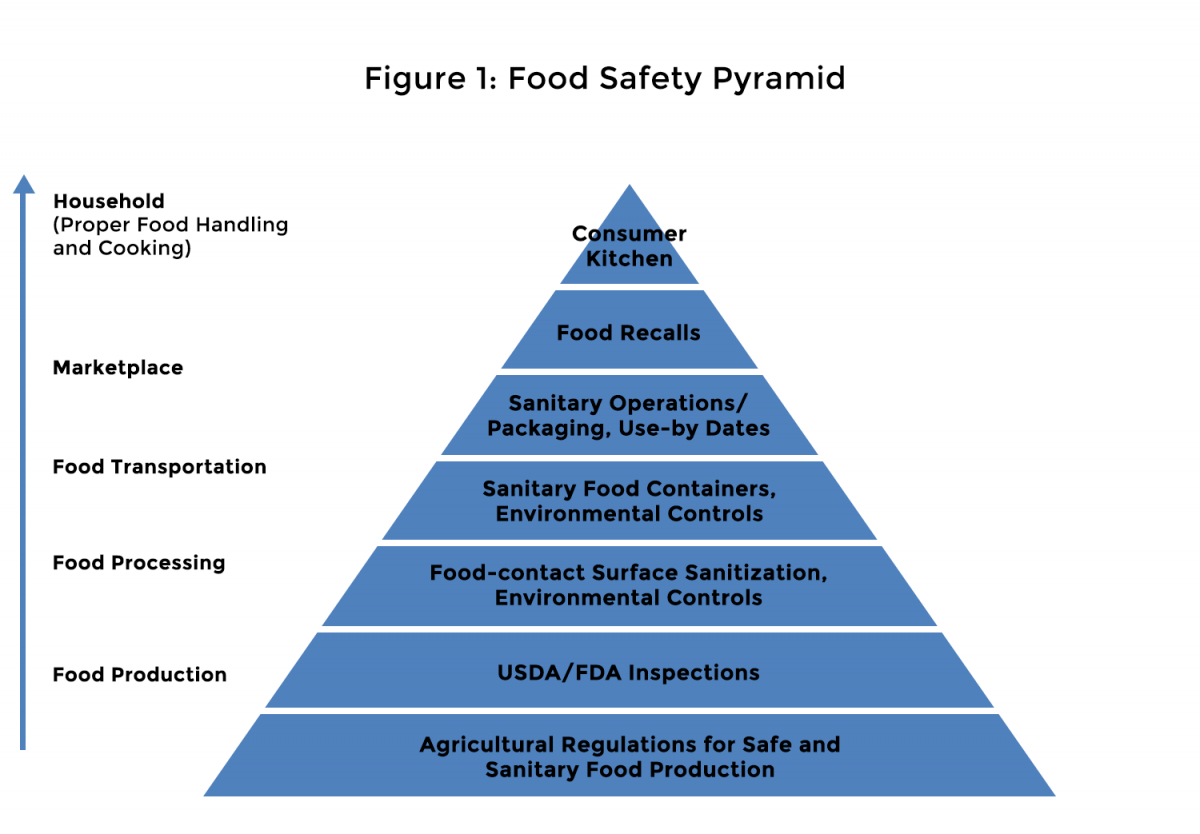 The U.S. food supply is among the safest in the world, thanks to a multitude of protective measures all along the path from “the farm to the fork.” Many of these measures are illustrated in the Food Safety Pyramid in Figure 1. One of these, food recalls, helps warn consumers when contaminated food has made its way into the marketplace.

According to the US Food and Drug Administration (FDA), recalls are implemented when food products are known to be mislabeled or present a health hazard to consumers. Recently, a 24/7 Wall St. article reported on the “29 Food Recalls that Poisoned the Most People.1” We examined the data on these recalls to arrive at the following conclusions.

1. Most Recalled Foods Were Contaminated Vegetable, Fruit, or Nut Products 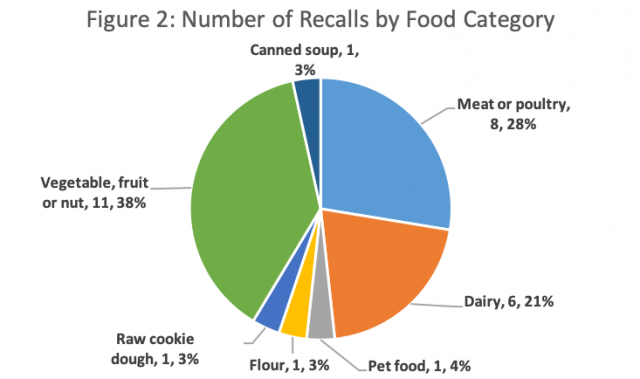 Figure 2 demonstrates that of the 29 food recalls that “poisoned” the most people in the U.S. between 1985 and 2017, the highest number of recalls, 11, was of vegetable, fruit, or nut products. There were eight recalls of meat or poultry products, six of dairy products, and one recall each of flour, raw cookie dough, canned soup, and pet food (in which pets, not people, were affected). These findings are roughly consistent with those of a large CDC study that we wrote about in 2015 that matched foodborne illnesses to food categories and determined the majority of foodborne illnesses between 1998 and 2008 were due to fresh produce (46%), followed by meat and poultry (22%).

2. Most Food Recalls Are Associated with E.coli, but Salmonella Caused the Vast Majority of Illness Cases from Recalled Foods 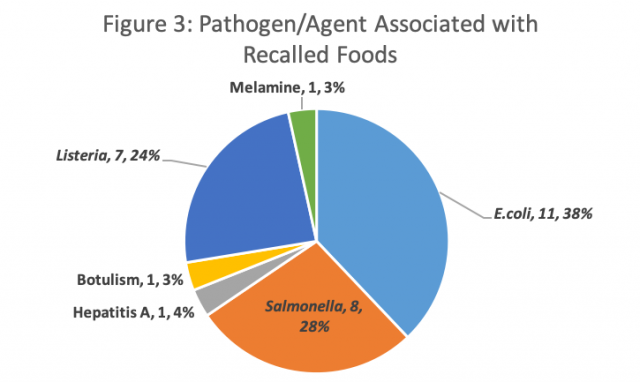 Although Salmonella was at the heart of just eight recalls, it caused the highest number of reported illness cases, a whopping 20,597! That number includes over 16,000 cases of illness due to a 1985 outbreak caused by tainted milk, and a 2010 outbreak caused by contaminated eggs that resulted in over 1,900 reported cases of illness. Listeria, responsible for seven food recalls in the period, was responsible for over 350 cases of illness from consumers eating cheeses. Listeria-contaminated hot dogs and deli meat resulted in more than 186 additional cases of sickness. Other outbreaks include: a hepatitis A outbreak in 2013 from pomegranate seeds; a 1971 botulism toxin outbreak from canned soup; and a 2007 outbreak of illness among pets who consumed melamine-contaminated vegetable protein in pet food. (Melamine is an industrial chemical with no nutritional value that was intentionally added to an imported dog food ingredient to fraudulently pass an FDA nutritional requirement.)

3. Recalls of Listeria-contaminated Foods Killed the Greatest Number of People among Recalled Foods 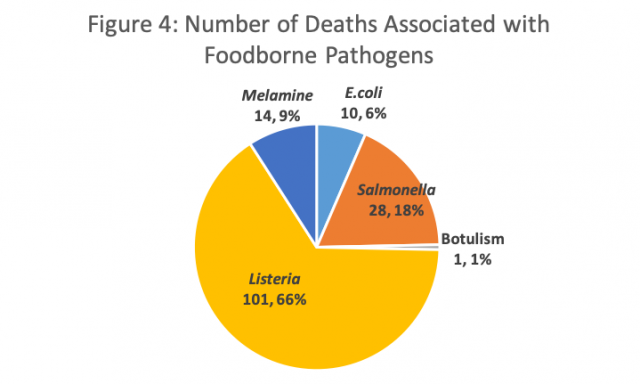 U.S. consumers have good reason to be confident in the overall safety of our food supply. That said, from time to time, contaminated food products “slip through the cracks” and arrive in the marketplace. As we’ve shown, the deadliest outbreaks may not be those that sicken the greatest number of consumers.

Food recalls are widely reported in the media, on FoodSafety.gov and on the website of the small, national nonprofit public health organization www.stopfoodborneillness.org. It’s up to all of us to stay alert for food recalls of all types to help avoid rare but potentially deadly foodborne illness.

Bruce K. Bernard, PhD, FATS, RAC is President of SRA Consulting, Inc., Associate Editor of the International Journal of Toxicology, and a member of the Water Quality & Health Council.

Linda F. Golodner is President Emeritus of the National Consumers League and Vice Chair of the Water Quality & Health Council.

1The 24/7 Wall St. article title is a bit misleading as it includes a major outbreak from tainted pet food that killed cats and dogs.