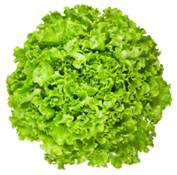 What role could organic and locally sourced produce have played in the recent Chipotle foodborne illness outbreaks?  As we reported previously, Chipotle’s 2014 annual report notes the company’s “significant commitment to serving local or organic produce when seasonally available.”  Chipotle admits these initiatives may “present additional risk of food-borne illnesses given the greater number of suppliers involved in such a system and the difficulty of imposing our quality assurance programs on all such suppliers.”  We agree, and we suggest that uncertainties and “contaminant loopholes” exist in federal regulations that may be contributing to US foodborne outbreaks associated, not only with Chipotle, but with any vendor or consumer sourcing local and organic produce.

What is Organic?
A product labeled “organic” must be certified by the US Department of Agriculture (USDA), and be produced and processed according to USDA standards.  The USDA website indicates, “Overall, organic operations must demonstrate that they are protecting natural resources, conserving biodiversity, and using only approved substances.”Organic standards address soil and water quality, pest control, livestock practices, and rules for food additives.  Organic practices avoid the use of synthetic fertilizers, sewage sludge, irradiation and genetic engineering and most pesticides, according to the USDA Organic Practices Factsheet.

Improperly composted manure and improperly applied raw manure fertilizers are major sources of pre-harvest microbial contamination. Contaminated irrigation water is another potential source of pathogens.  According to the Food and Drug Administration (FDA), organic farmers in particular utilize raw manure, which is seen as an effective source of nitrogen and other soil nutrients, especially when multiple crops are produced in the same field in one growing season.

Government guidance to minimize microbial contaminants in fruits and vegetables notes that good agricultural practices regarding animal manure fertilizers includes treating (e.g., composting) manure to reduce pathogens and maximizing the time between applying manure to cropland and harvesting crops.  Proper composting procedures are well documented and microbial standards set limits on detectable amounts of bacteria following treatment.  From a microbial safety perspective, appropriately developed compost is preferable as a fertilizer to raw manure, but when raw manure is used, what is the appropriate time interval between applying manure and harvesting crops?  According to FDA, as part of its new Produce Safety Rule, the agency is conducting a risk assessment and extensive research over the next five years to answer that question.  FDA notes for the time being, it does not object to farmers adhering to the US Department of Agriculture’s (USDA’s) National Organic Program (NOP) standards, which require uncomposted animal manures be applied “…at least 90 days prior to harvest for crops whose edible portions do not come in contact with the soil and at least 120 days prior to harvest of crops whose edible portions do come in contact with the soil…”

Buying local or organic produce? Here are some relevant questions for your seller:

As important as the planned FDA research and risk assessment are, some of the farms selling produce to vendors may be unaffected by the resulting recommendations. That’s because the new FDA rule does not apply to farms that have an average annual value of produce sold during the previous three-year period of $25,000 or less.  Qualified exemptions are also possible for farmers whose food sales average less than $500,000 per year during the previous three year period and sell predominantly to either the consumer of the food or a local restaurant or retail food establishment.  This may constitute a loophole for small farms that do not adhere to best organic practices.  Of course, large organic farming operations can also inject risk into the food supply by not abiding by science-based organic practices.

Many restaurants also sources produce from farmers markets.  A 2014 study1 of microbial safety and quality of fresh herbs from 13 farmers’ markets in California and Washington concluded a relatively high level of microbiological contamination of fresh herbs compared with that reported in previous studies.  How prevalent is this problem? The authors note more research is needed, but that “storing herbs at ambient temperatures in the open environment during warm summer days could impact the microbiological safety and quality of these items.”  Could this be another contaminant loophole for vegetable ingredients?

Safety comes first, and Chipotle is being proactive in the face of the recent outbreaks to close contaminant loopholes.  In a December 18 MarketWatch article, Chipotle communications director Chris Arnold is quoted as saying the chain is “implementing new programs that will make us an industry leader in food safety.”  These include cutting down on local ingredients and moving toward more centralized vegetable preparation.  Where smaller suppliers are still involved, however, we recommend Chipotle and other vendors require adherence to the same food safety standards to which larger suppliers are held.  That would be a win-win for both the small farmer and the companies that have made a strong safety commitment to their customers.