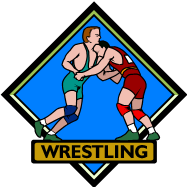 Norovirus is notorious for spoiling a good time wherever it shows up, whether onboard a cruise ship1,2, in a restaurant3,4, or even at a musical performance5. In 2005, norovirus made fast work of a summer wrestling camp at a residential college. The camp closed early after over 100 people became sick.  A new scientific study6 of the outbreak provides evidence that norovirus is transmitted by contaminated surfaces and hand contact and airborne spread. It also shows a surface cleaning only approach—without disinfection—may actually increase the severity of an outbreak.

The timeline below tracks the percentages of the college surfaces testing positive for norovirus against cleaning and disinfecting activities:

The illness spread very quickly, as illustrated by the timeline; between July 5 and July 6, the number of sick individuals jumped from three to 38.  The researchers surmise that close physical contact and the common use of mats likely contributed to the rapid spread of the virus to over 100 people ultimately.  Three other camps that shared space with the wrestling camp were also affected by norovirus. These cases may have arisen from contact with contaminated surfaces or from being in close proximity to someone who was vomiting.  (When someone who is ill with norovirus vomits, the virus can become airborne and contaminate surfaces over wide vicinity.)  Surface swabbing of 10 surfaces (doorknobs and toilet seats) on July 21-22, prior to any cleaning or disinfecting, determined 40 percent of surfaces tested positive for norovirus.

Surfaces were cleaned with soap and water on July 30. On August 1, 73 percent of 51 surfaces swabbed (toilet handles and seats, bathroom sink faucet handles, bathroom doorknobs, walls, mattresses, urinal handles, chairs, drinking fountains, and floors) were found to be contaminated.  On August 14, surface cleaning with soap and water was followed by disinfecting with 5,000 mg/l free chlorine (2 cups of chlorine bleach per gallon of water) or disposable disinfecting wipes (quaternary ammonium wipes were used for surfaces that could be damaged by the bleach solution).  The next day, after resampling only those surfaces that had tested positive for norovirus on August 14, the percentage of surfaces testing positive for norovirus had declined to 33 percent.

Cleaning without Disinfecting May be Worse than Not Cleaning at All

Data from this study can help us understand how to help curtail the spread of norovirus in institutions, such as schools and college campuses. The authors conclude that the outbreak could have been fueled by cross-contaminating surfaces when, on July 30, cleaning with soap and water was not followed by disinfecting.  Cleaning cloths and sponges can spread the virus without destroying it. In this way, cleaning without disinfecting may be worse than not cleaning at all.

As this summer camp case study shows, when it comes to wrestling norovirus from contaminated surfaces, only cleaning followed by proper disinfecting will put norovirus “down for the count”.

1More than 100 get virus on California cruise

5Fankem, S.L. (2014). Outbreak of Norovirus Illness in a College Summer Camp:  Impact of Cleaning on Occurrence of Norovirus on Fomites, Journal of Environmental Health, v. 76, no. 8