Norovirus, the dreaded illness popularly known as the “stomach bug,” is the leading cause of gastrointestinal upset in the US. According to the US Centers for Disease Control and Prevention (CDC), there are 19 to 21 million cases of norovirus in the US annually. The highly contagious virus is an unwelcome visitor in schools, day care and elder care settings, offices, sporting venues, cruise ships and more. 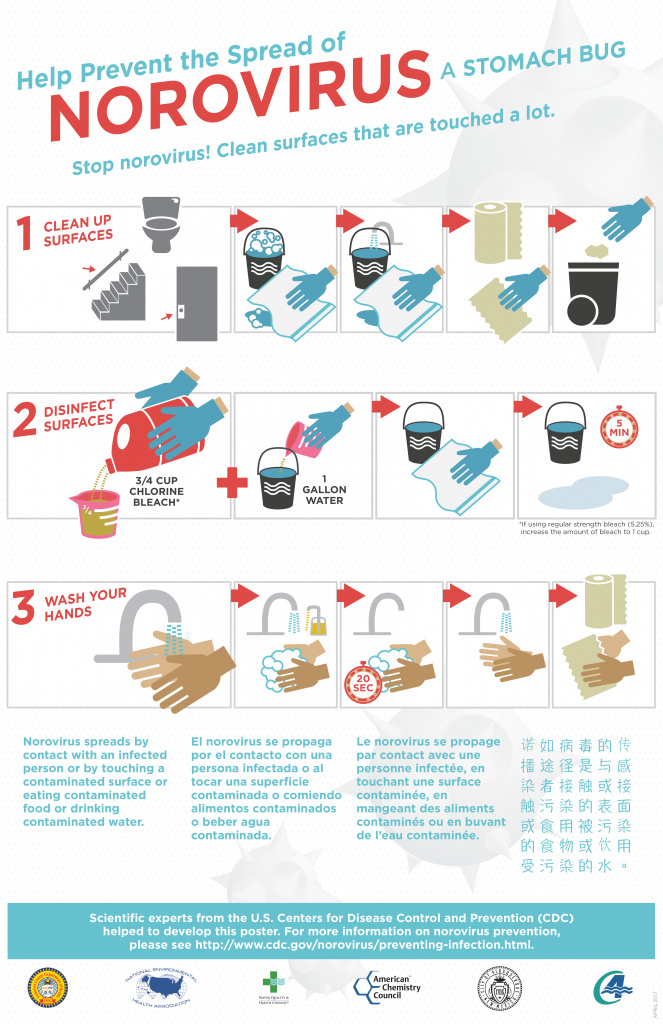 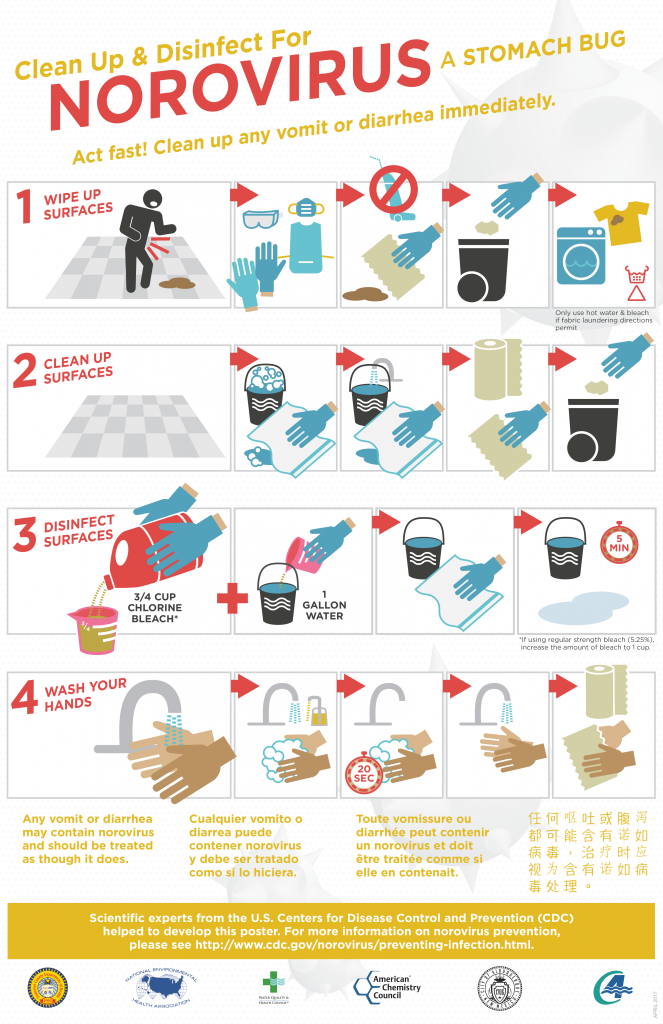 Norovirus presents the greatest health risk to young children and the elderly. Globally, the economic burden of norovirus hovers around $60 billion in healthcare costs and lost productivity.

As described by CDC’s Dr. Aron J. Hall in an “Editor’s Choice” article in The Journal of Infectious Diseases in May, 2012, norovirus may be the “Perfect Pathogen,” because, among other factors, it:

Given these characteristics, norovirus will continue to be a force to be reckoned with at least until a successful vaccine is developed and disseminated.

Discussions at the Albuquerque Norovirus Conference in the summer of 2016 identified the fact that some food industry and other workers do not read in any language (not even their own), prompting the need for a set of norovirus “pictogram” posters to illustrate with as few words as possible norovirus surface clean up and disinfection steps. The ad hoc group that developed the first set of “language” posters (now in English, Spanish and French) reconvened and welcomed the input of our colleagues from the City of Albuquerque Environmental Health Department in developing the new poster resource. The pictogram posters, illustrated at the top of this article, are the proud product of our careful collaboration, and join the “language” posters as freely downloadable resources from the Water Quality and Health Council website. It is our sincere hope that all of these posters will be used widely to help curtail the spread of the notorious norovirus.

Linda F. Golodner is President Emeritus of the National Consumers League and Vice Chair of the Water Quality and Health Council.