Legionella Outbreak in the Bronx 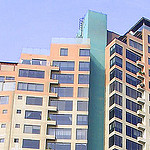 Cooling towers on building roof tops are believed to be the breeding grounds of bacteria responsible for a summer outbreak of Legionnaires’ Disease in New York City.  The outbreak began on July 10.  As of August 13, twelve deaths and 119 cases of illness have been attributed to the disease, which is caused by Legionella bacteria. The current outbreak is the largest in New York City’s history, and is focused in the city’s Bronx borough.  On August 11, The New York Times reported a Rikers Island (New York) inmate had been diagnosed with Legionnaires’ Disease, but that the case is unlikely to be connected to the outbreak in the Bronx.

Legionella occurs naturally in water and can grow to very high levels in warm water, according to the US Centers for Disease Control and Prevention (CDC).  People may be exposed to Legionella when they inhale water vapor or mists from contaminated hot tubs, showers, cooling towers, plumbing systems, decorative pools, water walls and fountains.  Legionella infection may result in Legionnaires’ Disease, a form of pneumonia that can be fatal.

CDC notes that each year, 8,000 to 18,000 people are hospitalized with Legionnaires’ Disease.  Most people exposed to the bacteria do not become sick.    According to the New York City Department of Health and Mental Hygiene website, groups at high risk for Legionnaires’ Disease include people who are middle-aged or older, especially cigarette smokers, people with chronic lung disease or weakened immune systems and people who take medicines that weaken their immune systems (immunosuppressive drugs). The Department notes that all deceased individuals were adults with underlying conditions.  Although it is sometimes fatal, the illness can be treated successfully with antibiotics.  Legionella bacteria are not spread from person to person or by drinking tap water, but if Legionella growth is supported in drinking water distribution systems, people can be exposed through contact with water vapor or mists from tap water dispensed through features such as hot tubs, showers and fountains.

Cooling towers remove heat from buildings through the media of circulating water and air.  Water vapor and water droplets may be expelled from cooling towers into the surrounding environment at the ideal temperature range for supporting Legionella growth (20° – 50° C; 68° – 122° F), according to the US Occupational Safety & Health Administration (OSHA).  Cooling towers must be adequately designed and maintained to control the growth of Legionella.

OSHA recommends cleaning and disinfecting cooling towers quarterly or at least twice per year if the unit is not used year-round.  This should be done before initial start-up at the beginning of the cooling season and after shut-down in the fall.  Protocols for sampling, treating contaminated water systems with chlorine disinfectant, and re-sampling are provided in detail on the OSHA website.

An Action Plan for Addressing Cooling Towers and Legionella

The Bronx buildings found to have contaminated cooling towers have been disinfected and are being monitored by health officials, according to USA Today.  The Rikers Island prison cooling towers and shower heads are being cleaned and disinfected, according to The New York Times.  The city’s Department of Health and Mental Hygiene is conducting investigations using “disease detectives,” and a Wall Street Journal article reported Governor Cuomo is promising to develop state regulations for testing and disinfecting cooling towers.  (The article notes the city has over 2,500 of these structures.)  Health officials are educating people in senior centers and homeless shelters about the disease.  These are steps in the right direction.  Given the fact that reported US Legionella infection cases more than tripled between 2001 and 2012 (Parr et al., 2015)1, let’s act to control the spread of this potentially deadly bacteria from cooling towers.