Getting Hepatitis A Off the Streets of San Diego 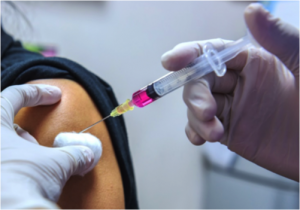 A Hepatitis A outbreak centered on homeless and illicit drug-using populations in the County of San Diego, California, has prompted a public health emergency. Headline-grabbing responses by local officials describe washing the streets and sidewalks with chlorine bleach solution, aggressively vaccinating the vulnerable populations, and distributing personal hygiene kits. What caused this local outbreak and can these measures help mitigate it?

The Facts about Hepatitis A

Hepatitis A is a highly contagious viral disease that affects the human liver, according to the US Centers for Disease Control and Prevention (CDC). It is usually spread through the fecal-to-oral route, either by person-to-person contact or by consuming contaminated food or water.

Before the era of drinking water chlorination, over a century ago, Hepatitis A, along with typhoid fever and cholera, was one of the great waterborne scourges of American life. Today chlorine-based disinfectants are routinely used during water treatment to destroy the Hepatitis A virus along with a host of other potentially deadly microbes.

Hepatitis A infections can range in severity from a mild illness of a few weeks to a severe illness lasting several months, according to CDC; although rare, it can cause acute liver failure. Overall, US Hepatitis A infection rates are low, probably as a result of the vaccine’s wide availability. Yet, over 400 people in San Diego have been infected since the start of the local outbreak; 292 people have been hospitalized and 16 have died of the disease, according to the County of San Diego Health & Human Services Agency. How did this happen?

High on the list of factors contributing to the outbreak is an apparent shortage of public restrooms in areas where homeless people and illicit drug users congregate. This apparently has led to some open defecation. An August 31 directive from the County instructed the city to wash streets and sidewalks with diluted household bleach solution (providing explicit directions) and expand public restroom and hand-washing access. San Diego Councilwoman Lorie Zapf, in a KPBS interview, said she had visited the San Diego River region in July and saw “an insane amount of trash” that included human feces, meth cookers, syringes and stolen property.

The county directive will help reduce human contact with fecal matter and infected surfaces. These measures will impose a needed barrier along the fecal-to-oral route of the virus’ transmission, helping to prevent not only Hepatitis A but potentially several other diseases known to spread via the same path.

The best way to prevent Hepatitis A is by getting vaccinated and maintaining good personal hygiene and sanitation. The vaccine, introduced in 1995, and now routinely administered to US children, travelers to certain countries, and persons at risk for the disease, lasts a lifetime, protecting against reinfection. Since the beginning of the outbreak in March, there have been over 250 mass vaccination events, and nurses deployed to areas frequented by the homeless, according to an NPR report.

Homelessness and illicit drug use remain significant societal issues, which must be addressed. Meanwhile, we have the tools at our disposal to combat this public health emergency and get Hepatitis A off the streets of San Diego. Key to our long term public health success will be using the lessons learned in San Diego to help prevent future emergencies of the same kind.