Chikungunya in the States 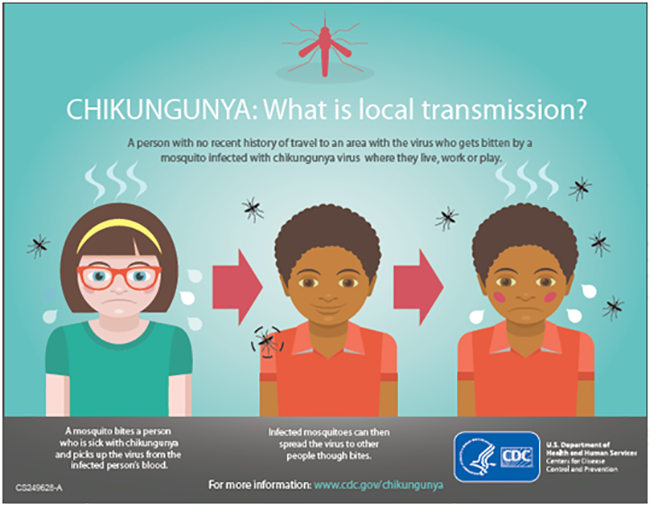 Have you heard about the Chikungunya virus? Although it is rarely fatal, its symptoms include fever and severe joint pain. Originally only present in countries in Asia, Europe, and Africa, it is gaining a presence in the United States after being carried to the Caribbean.  Starting in late 2013, a few Carribbean vacationers contracted Chikungunya, but the number of cases there has increased exponentially. This article will update you on what is happening with Chikungunya in the US since the Water Quality & Health Council’s first report on the virus.

Recently St. Lucie County health officials in Florida have been going door-to-door in order to warn citizens about the spread of the Chikungunya virus. Why should they warn people of this virus that has previously only existed as imported cases? If people contacted this virus only by vacationing in the tropics, why would we need to warn local people? Actually, a few people who did not vacation in the tropics have acquired this disease. CDC reported on the first locally acquired case of Chikungunya on July 17, which was picked up by a man in Florida. Since then, there have been at least four officially reported locally acquired cases of Chikungunya in Florida.

What is a locally acquired case and how does it differ from an imported case? An imported case occurs when a person gets bitten by a mosquito while vacationing overseas and shows symptoms of the virus 3-7 days later, usually back at home. A locally acquired case occurs when someone who has the virus gets bitten by a mosquito while at home allowing the mosquito to acquire the virus through their blood. Then, the same mosquito bites someone else who develops Chikungunya.

Activity in the States 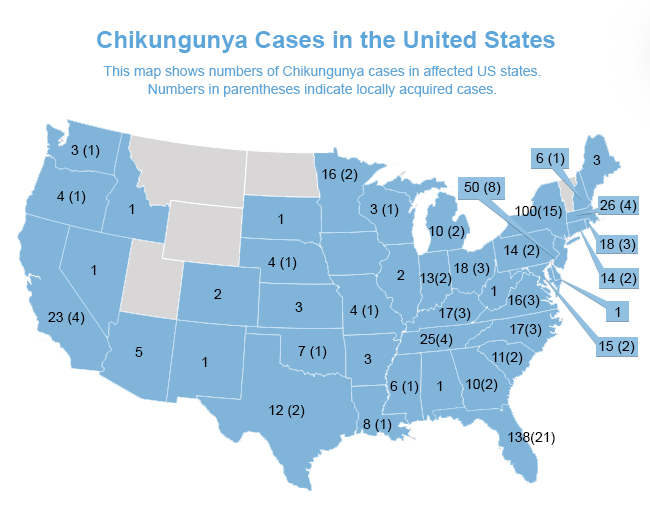 So what should you do? Make sure to take precautionary measures against mosquitos- especially if you are vacationing in the Caribbean. Also, if you know of someone with Chikungunya, make sure that they avoid mosquitos as well so that they don’t help transfer it to other people. Although Chikungunya has only been locally transmitted in Florida, it would not be very difficult for it to be transmitted in another state as well. If a mosquito were to pick it up, it could easily be spread to more people in a state. Lastly, keep your eyes open for more news about Chikungunya.

To Protect Yourself from Mosquitoes, EPA recommends: