Avoiding Norovirus at the Lake 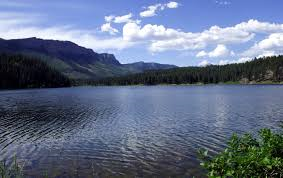 Norovirus, the notorious “stomach bug,” can spread like wildfire  through homes, schools, healthcare facilities and cruise ships.  According to a recent report by the US Centers for Disease Control and Prevention (CDC), the virus also can be spread among swimmers in natural water bodies. In July, 2014, 70 people became ill with norovirus after swimming in Oregon’s Blue Lake, on the outskirts of Portland.  More than half of these were children between four and ten years old.  A CDC investigation found those who swam in the lake over the course of one weekend were more than twice as likely to develop vomiting or diarrhea as those who visited the lake but did not go in the water.  The outbreak was the subject of public communication during CDC’s 2015 Healthy and Safe Swimming Week1.

Anatomy of an Aqueous Outbreak

Last summer’s norovirus outbreak in Oregon probably started after a sick swimmer had diarrhea or vomited in the lake, dispersing numerous norovirus particles into the water.  Other swimmers then inadvertently swallowed water contaminated with norovirus. Unlike treated recreational water venues such as pools and water parks, natural waters do not contain disinfectants that can destroy norovirus and other pathogens.  Even in properly treated venues, however, disinfectants take time to work, so one should never assume pool water is completely germ-free.

Norovirus is the second-leading cause of waterborne illness outbreaks in untreated recreational waters. The leading cause is the bacterium Shigella.

Blue Lake was closed to swimmers for ten days to prevent further norovirus cases, but CDC noted its investigation highlighted a need for guidance for public officials to help them determine when to reopen recreational water venues following outbreaks.  We agree this should be a priority, especially given the fact, as CDC notes, that there is evidence norovirus can survive in water for several months, and even years.

The CDC report also noted a need for communication tools to inform the public about the risks associated with swimming in untreated recreational water venues, including the ocean, lakes, ponds and rivers.  Many of the same tips for avoiding waterborne illness in treated venues, such as swimming pools, apply to lakes and ponds, including:

For more information on swimming in natural water bodies, see the CDC website, Oceans, Lakes & Rivers and the linked US Environmental Protection Agency’s brochure, “Before You Go to the Beach” at:  http://www.cdc.gov/healthywater/swimming/oceans/.