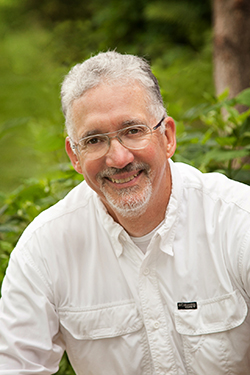 Ralph D. Morris, M.D., M.P.H. is currently a semi-retired physician in northern Minnesota working as the Medical Director for Greater Northwest EMS and volunteer in local community projects. His credentials include membership to the American Board of Preventive Medicine, Public Health and General Preventive Medicine (1986), and a Diplomat of the National Board of Medical Examiners (1975).

Dr. Morris received his medical degree from the University of Texas, San Antonio, in 1974. After completing an internship with the Hennepin County Medical Center, Minneapolis, Minnesota. His medical career began at the USPHS Hospital, Galveston, Texas, where he gained valuable experience as General Medical Officer and working in hospital administration.

In 1981, Dr. Morris, received his Master of Public Health (M.P.H.) from the University of Texas School of Public Health, Houston, Texas. Upon graduation, he moved to Washington, D.C. as the Deputy Director of Office of Health Professional Services.

Dr. Morris returned to Texas in 1982 to head the Bureau of Community Health Services in Austin, Texas. After three years, he assumed the position of Executive Director of Galveston County Health District, La Marque, Texas, serving for 17 years. In 2002, he moved to Minnesota and worked for the Minnesota Department of Health in emergency preparedness and response until 2007.